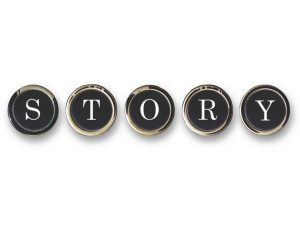 CHICAGO— Director Laurence Thrush has joined STORY for exclusive representation for advertising work in the United States. Thrush brings high regard for his naturalistic storytelling and cinematic style, which he has applied to commercials for diverse international and national brands, including ESPN, HP, Amstel Light, McDonald’s, Mastercard and Honda. Among his recent work is a campaign for University of Florida Health that compares the problem-solving skills of the medical center’s staff to the ingenuity of kids.

“Laurence is a gifted storyteller whose work connects with people on a deep and meaningful way,” says STORY executive producer Mark Androw. “We are very excited to be working with him and believe that his work will resonate with our agency clients across the country.” 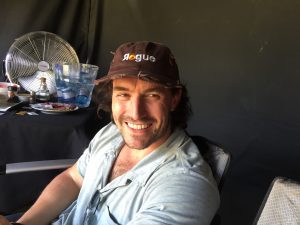 Born in England, Thrush began his career as a documentary director, editor and writer. His 2000 documentary Fidel’s Flight, a moving portrait of four Cuban men, screened at festivals worldwide. He began directing commercials in 2003 and that same year was a finalist for young director honors at the Clio Awards and the Cannes Lions. In recent years, he has also directed three critically-lauded narrative films, including The Pursuit of Loneliness, which was nominated for an Audience Award following its premiere at Sundance.

Thrush’s commercial work is informed by his background in documentaries and independent films. Most of his spots are visually-driven character pieces with emotional weight. Chalk, from his campaign for UF Health, is a case in point. It centers on a teenage boy who stays after class to fashion a holder for his teacher who is always losing her chalk.  “Healthcare and pharmaceutical advertising is often formulaic,” he says, “whereas these spots were much more about stories. They have a lot of humanity and warmth. I thought that was a great approach.”

Other recent work includes Forever an ad for McDonald’s, which tells a touching story of a man and his daughter without dialogue, and Brought to Life, in which two kids use various types of Cheerios to build a colorful picture on their kitchen table.

Having been recently working as a freelancer, Thrush was eager to find a home with a production company that saw the value in his work and was committed to building his career over the long term. He says that he felt an immediate connection when he met STORY executive producers Mark Androw and Cliff Grant. “I was bowled over by Mark’s approach to the industry; it was solid, creative sharp,” he recalls. “I like how Mark and Cliff work together, and how involved they are with their directors. They take great care in who they bring on and how they manage the portfolio of the company.”