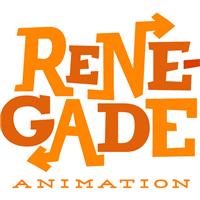 GLENDALE, Calif.— Renegade Animation supplied the merriment for a new commercial for DairyPure in which a toddler shows his dad how to enjoy a “pure moment.” Conceived by New York agency KBS, News opens on a man staring at his cellphone over breakfast as a talking heads news program blares from a television screen in the background.  The show is interrupted by the arrival of the man’s young son, who switches the channel to a cartoon show featuring a corpulent mammal. Dad soon gets the message and joins his son for a laugh and a bowl of cereal with DairyPure milk. The tagline is, “Pure milk, pure moments, nothing else.”

The cartoon segment, created by Renegade Animation, is designed to recall classic television animation of the 1960s. “It’s meant to look like a cartoon you may have seen as a child,” explains Renegade Animation Executive Producer Ashley Postlewaite. 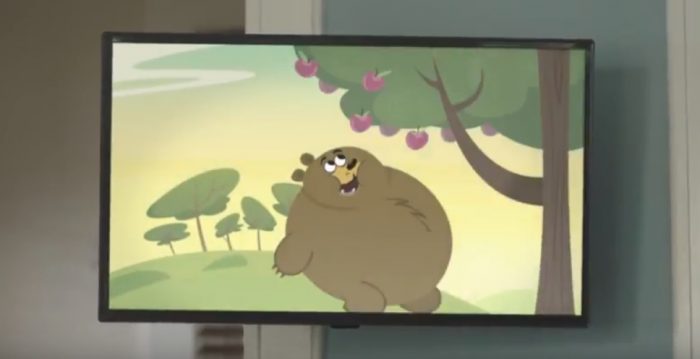 Renegade Animation Creative Director Darrell Van Citters and his team of artists designed the bear-like central character and his two cohorts, and sketched out quick scenarios of slapstick humor. “It was a challenge for the artists to come up with something that worked quickly, and was cute and charming,” Postlewaite says. “It’s fun and creates just the right contrast to the bickering pundits in the news show.”

News is KBS’s first broadcast work for DairyPure and part of an integrated campaign that also includes a series of digital shorts celebrating childhood innocence.