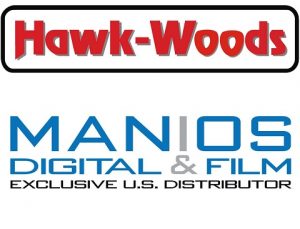 Ashford, Kent, UNITED KINGDOM— Hawk-Woods, innovative developer of broadcast power solutions, has introduced a new camera mount plate that permits its best-selling Mini V-Lok batteries to be employed as onboard power sources with Sony’s lightweight PXW-FS5 XDCAM Super 35 camera system. Mini V-Lok batteries allow the FS5 to be operated for up to 50 percent longer before recharging over standard BP-U batteries. They also include two Power-Con outlets, making it possible to simultaneously power accessories such as transmitters and monitors.

The Hawk-Woods VLM-FS5 plate is available in the United States through Manios Digital & Film. 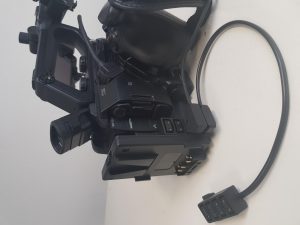 The Sony FS5 has become a popular choice among documentarians, independent filmmakers and other camera professionals. Its compact, lightweight design, coupled with a 4K sensor, makes it ideal for shooting hand-held or with gimbals and rigs.

The VLM-FS5 plate fits directly into the FS5 battery port. A Hawk-Woods Mini V-Lok M-98 battery can then be snapped into the plate and connected to the camera’s DC input via a lead line. The flying lead is regulated to deliver a steady 12v. (When using the adaptor, the camera’s ethernet port is blocked.)

“We developed Mini V-Lok batteries with today’s smaller cameras in mind,” says Stewart. “They pack a lot of power without adding significantly to the weight of the camera package.”

With more than 25 years of experience and expertise in the broadcast industry, Hawk-Woods offers a wide range of products for camera operators, sound recordists and lighting engineers including broadcast camera batteries, chargers, power adaptors, cables and plugs.