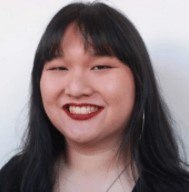 Westchester, New York— Alchemy Post Sound Foley artist Joanna Fang will take part in a discussion on how classic Hollywood film sound techniques are being applied in the emerging world of immersive media at a special Center Stage Event at Infocomm in Las Vegas.

Fang will join sound editor/music editor/composer and Chapter Four founder David Grinbaum in describing how cinematic sound can enrich the experience of virtual reality and augmented reality. They will cite recent collaborations between Alchemy Post Sound and Chapter Four, including their work on White Helmets, a 360 documentary for Samsung and Vice, and Manifest 1.0, a “sonic and sensory immersive experience” installed at East Williamsburg at Founders Lab. The free event is slated for Thursday, June 7th at 3:30pm at Booth N1646 in the Exhibit Hall.

“Sound is as important to virtual reality as it is to movies and television,” notes Fang. “Creative, professionally-produced sound design and music can help drive the story, generate emotional response and deepen audience engagement. We will demonstrate not only the value of high-quality sound but how it can be applied effectively to VR so they can create better content.”

Fang has been a Foley artist at Alchemy Post Sound since 2014 and has created Foley sound for more than 180 films, television shows and video games. Her recent credits include The Looming Tower, Berlin Station, The Miseducation of Cameron Post and High Maintenance. In 2016, she won an Emmy Award for her work on the documentary Cartel Land.