LOS ANGELES— Director Werner Damen has joined Los Angeles-based Yard Dog for exclusive representation in the United States. A native of the Netherlands, Damen is in high demand across Europe and Asia, but this is the first time that he has pursued advertising work in the United States. Known for capturing beautiful imagery and for storytelling with a strong sense of authenticity, Damen has created ads for such international brands as Volkswagen, ING, Heineken, Nivea and Ikea.

“Werner’s work got our attention for its richness and emotional power,” says Yard Dog executive producer Beth Pearson. “We were also impressed with the long-standing relationships he has established with several advertisers in Europe due to the effectiveness of his campaigns. We are very excited to have the opportunity to introduce him to our agency partners in the U.S.” 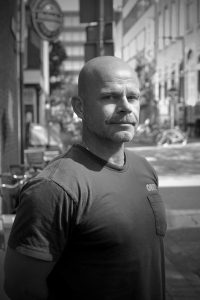 “Werner has an innate ability to tell stories with integrity and realism, and connect them to an advertiser’s message,” adds Yard Dog executive producer Joe Piccirillo. “He makes a great addition to our roster.”

Damen, who studied psychology at the University of Amsterdam, was led to commercial filmmaking through his research work in the field of modern propaganda. Over the past decade, he has developed a reputation as one of the industry’s most talented visual storytellers through work that blends memorable characters and heartfelt narratives with subtle humor.

Among his notable work is a holiday campaign for the Dutch department story Wehkamp. One spot presents a series of brief vignettes on the concept of “more,” as in “more time to bake nice things,” “more time to hang streamers” and “more time to share.” “It was a mix of real people and actors,” Damen recalls. “Most were friends of people we knew. I really like to do projects that are a mix of reality and documentary, with a little bit of storytelling woven into each vignette.”

Damen’s most recent project is a campaign for the Dutch national charity, the Orange Fund, on the theme of combatting loneliness. “It’s a very interesting project…and a very emotional one,” he says. “It’s going to be very pretty with highly-stylized, slow motion, very choreographed images. It’s a bit of a throwback to what I used to do ten years ago where I had to be be very instinctive on set and feel what’s right. I’m very happy with that.”