LOS ANGELES— A Common Thread has signed Australian director Cassie De Colling for exclusive representation in the United States. De Colling has directed ads, branded content and virtual reality for clients including insurance giant AAMI, travel company The Great Escape, the University of Melbourne and others. This is the first time she has had representation outside Australia. 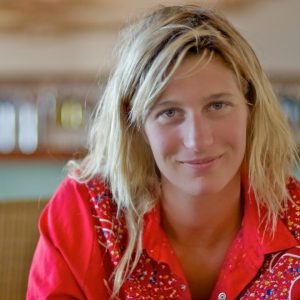 “Cassie is a young, passionate filmmaker and a beautiful, visual storyteller with a strong voice who has an impressive body of work, particularly related to sports and equality,” says A Common Thread Executive Producer J.P. McMahon. “I’m so excited to welcome her to our family of creatives and introduce her to the U.S. market. I know she’ll have an amazing career at A Common Thread.”

In describing her narrative style, De Colling says that she draws on real-life experience and gravitates toward stories with emotional depth. Among her recent projects is #BesideNotBehind, a spot supporting International Women’s Day in Australia. Conceived by De Colling in collaboration with producer Olivia Cheung, it inverts the old saying “behind every great man is a great woman” with a message that insists support can, and should, go both ways. The spot follows three women in home, workplace and societal roles where gender bias, presumption and misconception are common.

De Colling and Cheung produced the spot in just three weeks and employed a majority female crew. “I care immensely about what I do and the stories I create,” De Colling says. “Therefore, they need to have impact. I love projects that draw us into the life and minds of our characters, allowing us to connect with them and their dreams.”

De Colling also tackled the subject of gender stereotyping in Her to Hero, a branded film for AAMI, about the Australian Football League’s recent decision to allow women to participate. The script highlighted skepticism from certain voices in the public about whether women should play such a ‘rough sport.’

An avid skier, surfer and diver, De Colling began her career producing and directing sports and adventure-related documentaries. Her film, Gumarg: Paradise on Earth, about the first female snowboarder in Kashmir, brought her a National Geographic Adventure Filmmaker of the Year Award. Her latest project is a music video for the all-female international band GRRRL set for release next month.

Regarding her decision to join A Common Thread, De Colling says that she was impressed with J.P.’s (McMahon) hands on approach and commitment to his directors. “He is very passionate about his work and the people he works with,” she observes. “I was instantly drawn in.”