LOS ANGELES —  The Hollywood Section of SMPTE®, the organization whose standards work has supported a century of advances in entertainment technology, will explore the growing phenomenon of eSports and its impact on the broadcast industry at its monthly meeting, scheduled for Tuesday, June 26, in Hollywood.

Professional league video gaming has modeled itself after real-world sports. In broadcast and streaming applications, it has adopted elements from traditional sports broadcasting such as league structures, match commentary, player profiles and other elements, while adding a few twists. 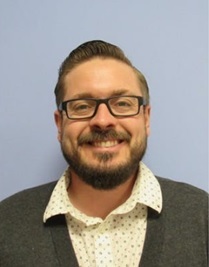 Cameron Reed, director of H1Z1 Pro League, will describe the anatomy of eSports and the technology that drives it. Reed will be joined by H1Z1 engineer in charge Matt Battaglia and video controller Bob Kertesz, as well as Michael Little, president, Artistic Resources Corp.; Jose Soriano, technical director, Blizzard Studio, and Josh Rizzo, vice president/ technology, 24P Dailies Lab, Beechwood Services (SPE). The discussion will be preceded by a screening of Rizzo’s short film The Rise of eSports.

The Hollywood Section of SMPTE® was originally organized as the West Coast Section in 1928. Today, as its own SMPTE Region, it encompasses more than 1,200 SMPTE Members with a common interest in motion-imaging technology in the Greater Los Angeles area. The Hollywood Section offers free meetings monthly that are open to SMPTE Members and non-members alike. Information about meetings is posted on the Section website at www.smpte.org/hollywood.

SMPTE’s global membership today includes more than 7,000 members: motion-imaging executives, creatives, technologists, researchers, and students who volunteer their time and expertise to SMPTE’s standards development and educational initiatives. A partnership with the Hollywood Professional Association (HPA) connects SMPTE and its membership with the businesses and individuals who support the creation and finishing of media content. Information on joining SMPTE is available at www.smpte.org/join.