LOS ANGELES—Director Darren Statman has joined Yard Dog for U.S. work in commercials and branded content. Based in London, Statman has won admirers among agencies and brands across Europe for work noteworthy for its striking, artfully- crafted visuals, nuanced storytelling and raw emotional power. 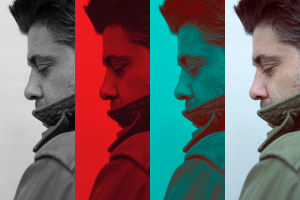 “Darren is a unique talent and visual storyteller who has produced some memorable, groundbreaking commercials and short films,” says Yard Dog executive producer Beth Pearson. We feel that his work will resonate with agencies eager for someone with a fresh vision.”

For his part, Statman said that he has been busy with European projects and wasn’t actively seeking work in the U.S. until he was contacted by Yard Dog. “I had several conversations with Joe and Beth and found them instantly likeable,” he recalls. “They had a handle on me as a director…where I’ve been, where I’m heading…it was the first time I felt that. They got me. That’s a great foundation to build on.”

Statman, who began his career as an assistant to legendary director Tony Kaye, has been directing advertising on his own for more than a decade.  In work spanning genres from luxury goods to sports to cars, he has developed a signature style that is richly filmic, subtle and idiosyncratic. His short film for Bentley Motors, for example, beautifully evokes the craftsmanship behind custom barber chairs that the automaker built for London’s posh men’s salon Pankhurst.

“I’m a storyteller,” Statman observes. “I have a cinematic style that comes from a deep passion for classic film. I do my own storyboarding and production design. “

Statman says that he looks forward to working with Yard Dog and applying his skills to new projects in the U.S. “I’m very intrigued,” he says. “Joe and Beth don’t want to change what I do, they want to expand on it. That, to me, was the magic phrase. I’m very excited to be working with Yard Dog in the States. A stray dog has now become a Yard Dog.”