Studio expects to hire scores of artists as it ramps up for major film projects.

Adelaide, South Australia— Spurred by growth in international film production, improved local incentives and a strong pool of talent, Rising Sun Pictures has launched a major, new expansion effort. The visual effects studio is adding significant space and technical resources to its Adelaide production studio and expects to grow its staff by nearly one-third over the next few months.

Known for its work on Hollywood blockbusters such as Thor: Ragnarok, Gravity and X-Men: Days of Future Past, RSP is about to embark on new projects for Disney and 20th Century Fox, with the latter being the latest entrant in the studio’s X-Men franchise, X-Men: Dark Phoenix. The studio has just emerged from one of the busiest periods in its 20-plus year history, having delivered large packages of visual effects for Tomb Raider and Peter Rabbit.

It also just finished its first major project for a Chinese film production, the extravagant fantasy-adventure Animal World, which released strongly in the Chinese market and has secured a distribution deal with Netflix.

“We’ve seen a considerable uptick in production activity over the past 12 months and we are confident that it will continue over the next year,” says RSP co-founder and Managing Director Tony Clark. “We’re adding new talent and space to meet the demand.” 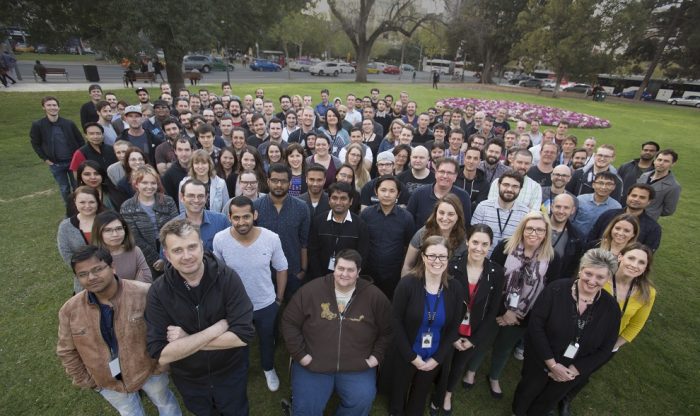 Clark credits RSP’s success to a steady rise in film production, not only in the U.S., Europe and Australia, both also in China and other emerging markets, and Hollywood’s insatiable appetite for ever-more spectacular visual effects. He adds that recently expanded government rebates have made South Australia a magnet for high-end visual effects work, citing the state’s recent introduction of a 10 percent rebate for visual effects and post-production work, on top of the federal government’s existing 30 percent rebate for such activity.

“The rebates, alongside RSP’s reputation for producing high-calibre, complex work, create a lot of opportunities,” Clark observes. “We compete advantageously with VFX vendors throughout the world.” RSP expects to hire new talent across all departments and levels of experience. Clark projects the studio’s staff will top 280 before the end of 2018.

In a significant hire, the studio has brought on veteran Visual Effects Supervisor Tom Wood, who earned a 2016 Oscar nomination for his work on Mad Max: Fury Road. The studio is also expecting to continue to grow its character animation team. The group has made significant contributions to all recent projects and has helped the company broaden its creative offering.

To ensure it continues to enjoy a steady influx of capable talent, RSP is also expanding its highly-regarded education program, which it operates in partnership with the University of South Australia. RSP recently added new undergraduate courses in visual effects skills and expanded its Graduate Certificate program. That program has provided intensive, hands-on training to aspiring artists, many of whom have stepped directly into industry jobs at RSP and elsewhere.

“Our education program has become integral to what we do,” notes Clark. “It allows us to develop entry level talent who are job-ready. It’s become a very useful tool in identifying and nurturing promising young talent.” In terms of senior talent, RSP casts its net worldwide. Clark notes that, where the rebate programs have drawn film productions to South Australia, a favourable lifestyle has had a similarly magnetic pull on experienced visual effects artists.

“We have a strong advantage in that South Australia is quite a nice place to live,” he says. “It is especially appealing to established artists who have young families. It offers a beautiful environment, great schools and a vibrant culture. As a company, we have always placed high value on our people and have had a strong focus on providing our people with a good quality of life while working on the best projects.”

At Rising Sun Pictures (RSP) we create inspirational visual effects for major studios worldwide. Creating outstanding images is at the core of our existence. At the heart of our talented team, there is a diverse knowledge and skill-set, enabling a collaborative core where we can work together to solve problems and deliver great visuals to our clients. We have achieved some truly amazing visual effects work by providing innovative solutions to technically challenging work. We have the capacity and talent pool to scale to suit the needs of our clients. RSP has worked on over 100 films including Tomb Raider, Peter Rabbit, Thor: Ragnarok, Logan, X-Men Harry Potter and Hunger Games franchises, Game of Thrones.