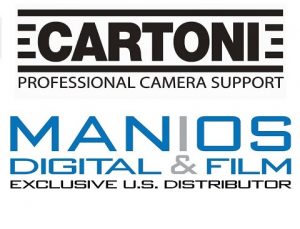 The 40-foot straight production trucks used for Minnesota United games are among 15 in the Rush Media fleet and outfitted to support 1080i and 720p HD sports broadcasting with an abundance of state-of-the-art gear. Key components include Ross Carbonite Black production switchers, Grass Valley cameras, and Fujinon 55x and Canon 86x lenses. For camera support, the company relies on Cartoni fluid heads and tripods from Manios Digital & Film.

“We’ve been using Cartoni products for five years,” notes Travis Fletcher, chief engineer at Rush Media, which produces live broadcasts of professional, college and high school sports for clients including Fox, ESPN, NBC and ABC. “We originally ordered two Focus 22 heads and threw them on our trucks to see if they had any weaknesses or failure points. When they held up to the rigors of the road, we decided to go exclusively with Cartoni Focus 22 for our medium gauge tripods.” Currently, Rush Media owns 30 Focus 22 heads, which support payloads from 3 kg (6.5 lbs) to 22 kg (48.5 lbs). It also employs Cartoni Omega and Magnum heads for heavier camera packages. 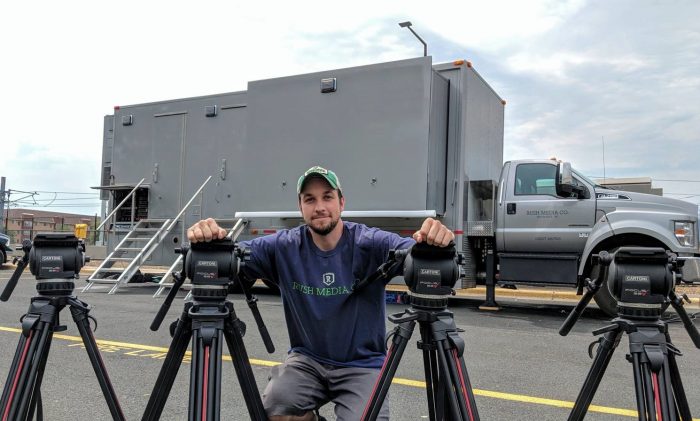 Fletcher says that what is most appealing about Cartoni fluid heads and tripods are their durability. “They hold up better than units we’ve tried in the past,” he insists. “Since we’ve been using Cartoni, I’ve only had to send in two units for repair, and both were the result of operator error rather than defect.”

“Cartoni heads are machined from solid metal, not made from plastic or aluminum that could break,” he adds. “That’s what you want when you’re hanging a $100,000 camera and lens package.  It has to be sturdy and not move, unless the operator moves it.”

Cartoni support products are also flexible and easy to use. “You can lock them in place in a minute or two,” Fletcher says. “When set up is quick, life is better for camera operators. And, just as you’d expect from a high-quality tripod, take down is also fast. You can collapse the legs, put it in the bag and be ready to move in less than three minutes. That’s important, as we’re often racing against the clock.”

Dependable camera support is essential to capturing face-paced Major League Soccer. For Minneapolis United matches, Rush Media typically deploys ten camera systems. “Seven are controlled by operators and three are locked-off POV units in the net or in the stands,” notes Fletcher, adding that all, including the locked off units, are mounted to Cartoni heads. “If wind conditions are high, or if there’s anything that might bounce or jitter the camera, we’ll go with a Cartoni stick. It’s a sturdy device that we can rely on to hold the camera in place.”

Rush Media is in the process of adding two more production trucks and has ordered eight additional Focus 22 heads as part of their gear packages. “We work with a great rep from Manios Digital, David Butler,” notes Fletcher. “He adds a personal touch that is very important to us. Cartoni products fill a critical role in our toolkit and they have performed flawlessly.”