RSP Visual Effects Students Enjoy the Best of Both Worlds

Adelaide, South Australia—Russel Balugo successfully completed The RSP / UniSA Graduate Certificate program in Dynamic Effects and Lighting earlier this year. A short time later, he accepted a position as a 3D generalist at Rotor Studios, a live action and production studio in Sydney that has produced award-winning work for Toyota and other international brands. Born in the Philippines, Russel grew up in Adelaide and considered a career in aviation before pursuing 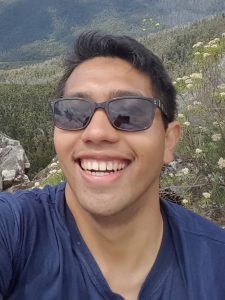 a career in visual effects.

Russel recently spoke with us about his experience at RSP and career ambitions.

RSP:       What sparked your interest in computer animation?

Russel Balugo:   I’ve been doing art since I was a kid. When I was in school, I wanted to become a pilot and began training for that, but soon realized it wasn’t something I wanted to do. So, I thought about using my art skills in product design. That led me to TAFE, and that’s where I learned about CG and the VFX industry. I became very interested in that. I did six months at TAFE, and after that, two years at AIE, and then enrolled in the Graduate Certificate program through RSP and the University of South Australia.

RSP:       What did you study at RSP? and how was that different from you previous training experiences?

RB:         I undertook the Dynamic effects and lighting stream. I studied Houdini and learned how to create simulations and how to light scenes. The course included lectures and practical application of skills.  The instructors at RSP are industry professionals. The feedback they give you is the best part of the course. It changes your work, taking if from, say, a “3” to a “7” or even a “10.” The RSP training point of difference is that the instructors share tips that are relevant to the way things are done in a working studio. They offer insight not only into how to do the work, but also about the mindset you need as a working professional.

RB:         When I began studying CG, I wanted to be a 3D modeler. I avoided texturing, but then I realized that something was missing from my work. It was the lighting. When the lighting is right, whatever you’re modeling looks better. So, I got super interested in lighting. About the same time, I picked up photography and I began to see how you can compose with light…how you can colour with light.

RB:         Sam Hodge, Dan Wills and Greg Wieder. They were awesome. I really like Greg’s approach toward lighting. My skill level improved dramatically during my few months with him. He taught me aspects of lighting I hadn’t thought of before.

RB:         I was lighting a car, but it looked odd. Greg pointed out that the right side of the car should be reflecting part of a brick wall. It was a tiny detail, but it made all the difference as it took my project to the next level!

RB:         I sent my show reel to studios, large and small, around Australia. I also filled out online applications, including one for Rotor Studios. A week later, I heard back from them, saying they wanted to process my application further. I was interviewed by the head of post production and the next day I spoke with the head of culture. That same night, I received an email stating I’d gotten the job. It all happened quickly.

RSP:       Did your time at RSP prepare you for making the transition from the classroom to the studio?

RB:         Yes. Definitely. At RSP, I learned how to be a professional. Along with our classes, RSP held “Day in the Life” sessions where we met staff from different departments. It helped us understand how a studio works. When I started at Rotor, I was concerned about my ability to do the work, but my experience at RSP helped me get through that and I settled in quite nicely.

RB:         I’m a 3D generalist. At the moment, I’m modeling and texturing assets for Lexus and Toyota commercials.

RB:         Yes. It inspires me to push myself. When you start your first job, you quickly realize there’s a lot you don’t know. It’s humbling, but also exciting because you have an opportunity to learn a lot in a short amount of time.

RB:         I just want to be a good contributor. Skill-wise, I want to focus on look development, texturing and lighting. Even though the work can be stressful with deadlines approaching, I find it fun. Ultimately, I’d love to work on films. That would be awesome.

RSP:       What advice do you have for other young people considering a career in visual effects?

RB:         Learn your craft. I wish that I had spent more hours honing my craft when I was in school. You won’t go from “0” to “10” overnight, so you must enjoy the process. It takes time, because there is so much to learn, but if you wish to succeed in this industry, you should be someone who is keen to learn. You also should be keen to seek out and accept feedback. A willingness to work hard, to learn and to accept feedback, if you have those qualities, your work will improve, and you will succeed.

RSP:       One more question, are you sorry you’re not spending your days in a cockpit?