Director of the library’s music department will take part in an on-the-spot competition to find the perfect track.

SANTA MONICA, Calif.—  Mark Rome, Director of the Music Department at Killer Tracks, will put his wide-ranging musical knowledge to the test in a Battle of the Music Directors event at next month’s PMA’s Production Music Conference in Hollywood. 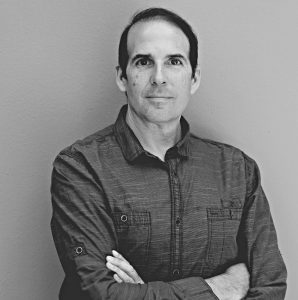 Rome will compete with music directors from other libraries to fill a brief provided by veteran music supervisors Maggie Phillips and Jason Markey. The directors will have just five minutes to prepare playlists and present them in front of a live audience. After Phillips and Markey review and critique the submissions, the directors will have an opportunity to make a final submission. The two Music Supervisors will then pick a winner.

The Battle of the Music Directors is scheduled for September 27 at 2:30 pm in the PMA conference’s main room at the Loews Hollywood Hotel.

A member of the Killer Tracks team for more than a decade, Rome brings a passion for music and an encyclopedic knowledge of the Killer Tracks’ library to his role. A graduate of Ohio State University, Rome got his start in the music business with the independent label Del-Fi Records. He also launched and operated his own label as Fall of Rome Records. At Killer Tracks, he works with a large and diverse client base that includes ESPN, Disney, Turner Broadcasting, Ogilvy & Mather, Fox, CBS, Warner Bros. Television, NBC Universal, Google and Yahoo, as well as the industry’s top music supervisors, trailer companies and post houses.