Building on a rock-solid foundation of quality work and deep relationships, the boutique VFX house looks back on a stellar first year in operation. 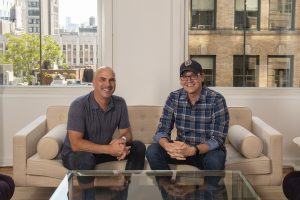 PowerHouse opened last fall in a new facility in Chelsea built from the ground up in partnership with Sixteen19, with whom they maintain a strategic alliance. Out of the gate, they were brought in to provide visual effects for Deception, an hour-long drama produced by Warner Bros. for ABC. Since then, PowerHouse has delivered thousands of visual effects shots for broadcast network shows, feature films, and streaming giants like Netflix and Amazon. Some of the feature work includes the STX film Second Act, starring Jennifer Lopez and Milo Ventimiglia, and Paramount Pictures’ surprise hit A Quiet Place. Along with Glass, current projects include The Purge for USA, Amazon’s The Marvelous Mrs. Maisel and the Netflix series Maniac.

The steady stream of high-profile projects has garnered PowerHouse a reputation as a leader in New York’s VFX industry. This reputation has already paid dividends in the form of more work and new, top-flight talent. The company expects its current team of 40 artists to grow significantly over the coming months.

“Our aim in founding PowerHouse was to build a boutique studio where visionary creatives and talented artists want to work,” said Lowery, who serves as Managing Partner. “The ability to attract that level of talent shines through in the work we deliver. It’s allowed us to grow and take on even more projects.” 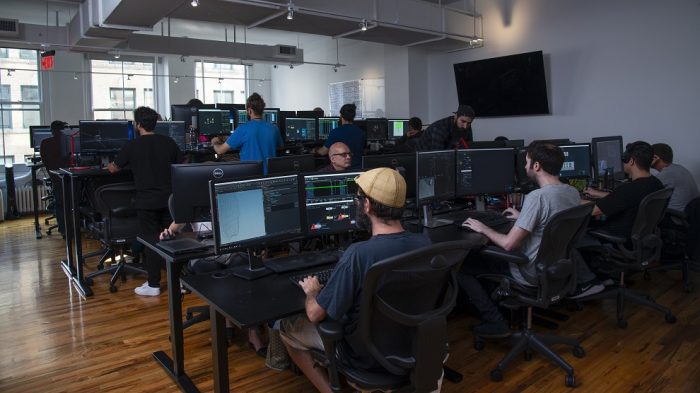 Before founding PowerHouse, Lowery and Mendez worked together at the VFX house DIVE on projects including the television series Power, The Leftovers and earlier Shyamalan films The Visit and Split.

“Ed and Bob have been trusted creative partners on several of my films, so when they made the bold decision to form their own company, working with them again became a no-brainer,” Shyamalan said. “Great work and strong, reliable relationships are equally important factors for me in choosing my collaborators. I look forward to seeing PowerHouse grow and prosper so we can do more work together in the future.”

Lowery and Mendez have built an elite team of artists led by CG/VFX Supervisor Dan Bornstein and VFX Supervisor Ruben Rodas. Bornstein’s background includes 10 years at ILM and credits on Star Wars: The Force Awakens, Pacific Rim, and Star Wars: The Last Jedi. Rodas previously held supervisory roles at DIVE and Café FX with credits including Power, The Family, and The Leftovers. PowerHouse also recently added to the team General Manager, Chris Kenneally, who is an award winning filmmaker and 20 year post production industry veteran, and Sr. VFX Producer Ryan Cunningham who was previously at ZOIC studios New York office where he worked multiple projects including Warrior for HBO and Maniac for Netflix.

PowerHouse’s strategic alliance with Sixteen19 has proven an asset to both companies through co-ventures and collaboration on one another’s projects. The two companies recently worked together on a network pilot, with PowerHouse producing visual effects and Sixteen19 handling dailies and finishing. PowerHouse also provided VFX support to A Quiet Place during editorial at Sixteen19.

“It’s a perfect partnership,” Lowery said. “Sixteen19 offers everything from dailies through picture finishing, but desired a visual effects partner. We supply that piece of the puzzle. We see PowerHouse as an extension of the extremely positive working environment Jonathan and Pete have crafted over the years.”

Lowery notes the alliance grew out of our existing relationship with Sixteen19 principals Jonathan Hoffman and Pete Conlin. “We’ve worked together on several projects over the years and share a similar mindset” says Hoffman. “We all believe that a culture of honesty and creativity translates directly into strong client relationships and high-quality work,”

While success has come quickly to PowerHouse, Mendez is clear that he and Lowery will continue to build on the fundamentals that have gotten them this far: best-in-class talent, deep wells of experience, and a commitment to dynamic, collaborative client relationships. “We’re excited about the projects we have in the pipeline and the opportunities we see on the horizon,” he said. “We’ve got a great team and our alliance with Sixteen19 gives us the unique advantage of offering clients comprehensive solutions.”