Adelaide, South Australia— Former Rising Sun Pictures artist Jeremy Kelly-Bakker has received investment funding from Screen Australia to develop his short film, Lucy and DiC, into a web series through We Made a Thing Studios, the production company he formed with partner Tom Phillips.

Kelly-Bakker directed the film, about a girl and her overly solicitous robot helper, while teaching a course in RSP’s Graduate Certificate program (which is delivered in partnership with UniSA) and employed students from the program to create its outstanding visual effects and animation.

The short film has received over 1.5 million views across YouTube and Facebook. Kelly-Bakker and Phillips are currently producing eight 7 ½ minute episodes of Lucy and DiC for release next year. Like the short, the series stars comedian Lucy Gransbury as Lucy and the voice of YouTube sensation Ethan Marrell (Ozzy Man Reviews) as DiC. Kelly-Bakker has hired six RSP graduates to work on the production. 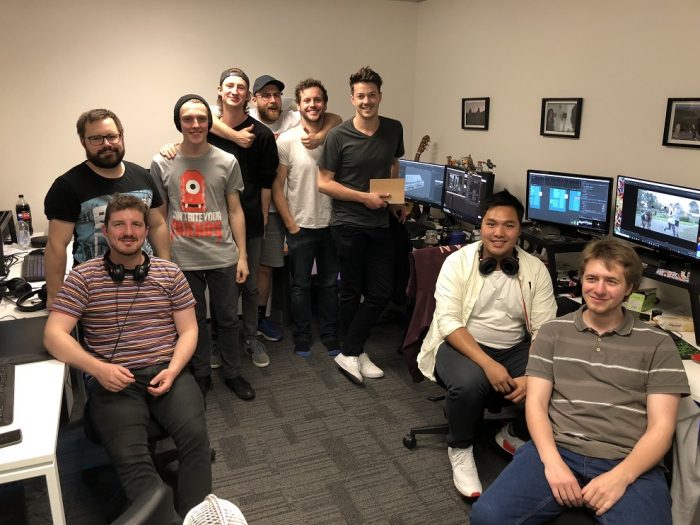 RSP recently spoke with Jeremy Kelly-Bakker about his new project:

RSP:  Can you give us an update on Lucy and DiC?

Jeremy Kelly-Bakker: We’re deep into production and post. We’re simultaneously shooting episodes and producing the effects. In all, we’re making about an hour’s worth of content with roughly 350 animated visual effects shots. The team is predominantly former RSP students and a few friends. Production will take us through January.

RSP:  And, the series is an outgrowth of the work you did while teaching at RSP?

JKB: Yes. RSP was our launchpad. It gave us access to a well-trained workforce and allowed us to prove we were capable of doing it. That was a big part of why we got funded. It’s pretty cool.

RSP: Has it been a challenge to go from one short to an 8-episode series? 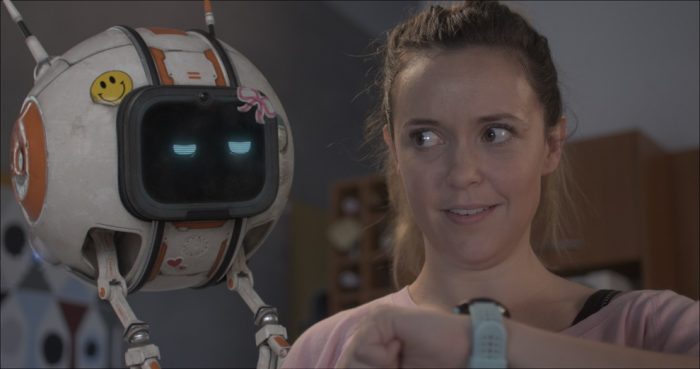 JKB: It has. We’re managing employees for the first time and dealing with bureaucracy that’s infinitely larger than we anticipated. Even though we’re working with a bigger budget than we’ve had in the past, we’re finding it doesn’t all make it into production. Some of it goes to lawyers and accountants. It’s a bit of a shock to the system.

RSP: When will we get to see the new show?

JKB: We’re currently racing toward a deadline. The first three chapters of Lucy and DiC will premiere at the Adelaide Film Festival on October 15. AFF was our first funder and has thrown its weight behind this. Normally, a series like this would take a very long time to develop, but they gave us a boost and got the ball rolling. It’s lovely and incredible considering we’re making quite silly jokes. The complete series will debut in January.

RSP: Why do you think the short film provoked such a strong reaction?

JKB: The world of Lucy and DiC allowed us to explore a range of themes: our relationship with technology, intimacy, connections to work and family. We take a rather bleak worldview and do something fun with it.

RSP: How has it been working with your former students from RSP?

JKB: RSPs training is vigorous and it produces students that are incredibly focused and super enthusiastic. The young men and women we are working with have had a direct hand in making this possible. It’s not just a job for them. They are genuinely and emotionally invested in doing this and doing it well. That’s worth its weight in gold. 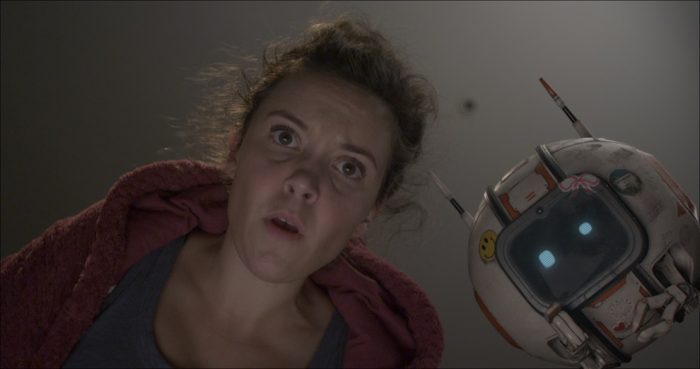 RSP: It seems like a good opportunity for them. They must be using a wide range of the skills they learned during their training.

JKB: The lighting supervisor, who is one of our senior artists, has been telling them, ‘You have no idea how lucky you are to be trained at RSP by actual working VFX artists.’ They are getting a quite varied experience. They’re not just being put in a corner and told to do one thing for months on end. They’re bouncing around across multiple disciplines and if they don’t know how to do something, we teach them. It’s ‘Pick up this program, give it a run and see how you go.’ We’re encouraging them to become Swiss Army knife-type workers. I’m incredibly envious because they’re doing things I would love to have done at 19 or 20.

RSP: Where do you want to take Lucy and DiC from here?

JKB: The dream would be for a streaming service like Netflix, to give it a go. I don’t think it’s too much of a stretch to think that we could do eight 20-minute episodes. Once we’ve done this, we’d like to expand our methodology and step up into larger scale production. We’ve written some absolutely cracking episodes that we’ve had to shelve because they’re too big, too costly or would take too much time. For now, we’re focused on getting this package done and done right. Then we’ll turn our eyes to the horizon. Fingers crossed.