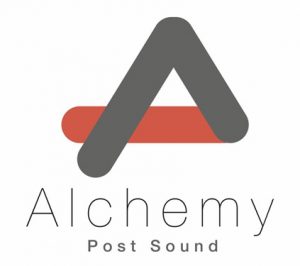 Co-founder of Alchemy Post Sound, Bloome is an accomplished Foley artists who has contributed to more than 400 films and television shows, including such recent projects as Don’t Worry, He Won’t Get Far on Foot, The Miseducation of Cameron Post, The Looming Tower, and Berlin Station.

Screenings of The Unsilent Picture are being held in a huge tent on the grounds of Philipsburg Manor. Bloome is set up next to the cinema screen with two large tables filled with props ranging from plates and silverware to swords and creaky wooden chairs. He uses these with practiced dexterity to support the action in the film and punctuate its funniest and scariest scary moments. “Because it’s a live performance with music, subtleties won’t play,” says Bloome. “Everything is over the top. It’s really quite fun!”

One of Bloome’s favorite scenes depicts the film’s central character, Dr. Crayon (Irwin), and several of his eccentric friends having dinner. “Dr. Crayon is a grumpy old vegetarian who is stuck at the dinner table while the rest of the crew are stuffing their faces with pork,” he says. “I have a lot of fun with that scene. The eating, the plates and the chewing is all over the top, but very funny. When Crayon drops a piece of lettuce on his plate, I use a glockenspiel to make a funny doo-oop sound. The “salt incident” is one of many comic plot points in the opening scene. I use an old metal shake that has a distinctive and funny sound.”

Performing Foley live presents unique challenges. In his normal film and television work, Bloome works on a stage specially designed for Foley, and if things don’t go exactly right, he has the luxury of the re-take. For The Unsilent Picture, Bloome works non-stop through its 33-minute span with hardly a pause between sound effects. And he works four performances each night. “I’m a musician at heart and this is just like playing a live gig,” says Bloome. “When I was approached about this opportunity, I immediately said, ‘I’m in.’”

Bloome says that he is enjoying the challenge of performing live and loves seeing the reaction of the audience. “Foley is all about performance, even when I’m working in the studio,” he says.