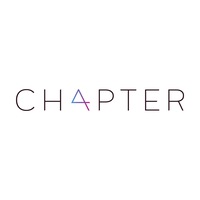 NEW YORK CITY—Creative boutique Chapter Four recently applied its expertise in spatial sound to place consumers in the middle of the Disney’s hit Broadway spectacle Aladdin. Working under the direction of virtual reality studio Koncept VR, Chapter Four produced the soundtrack for a 3-minute VR video in which Aladdin’s cast performs the show-stopping number Friend Like Me. The work included recording the performance, creating a host of nuanced sound effects, and blending it all into an immersive soundscape.

Viewers watching the piece through virtual reality headsets find themselves on the edge of the stage of New York’s New Amsterdam Theatre. Genie (Major Attaway) is standing just a few feet away when he bursts into song joined by Aladdin (Telly Leung) and the show’s full troupe of tap dancers, bedecked in shiny gold costumes. As the performers kick up their heels, overlaid text magically appears, providing fun facts about the show. The piece was delivered to desktop, mobile and social platforms via the virtual ad platform OmniVirt. 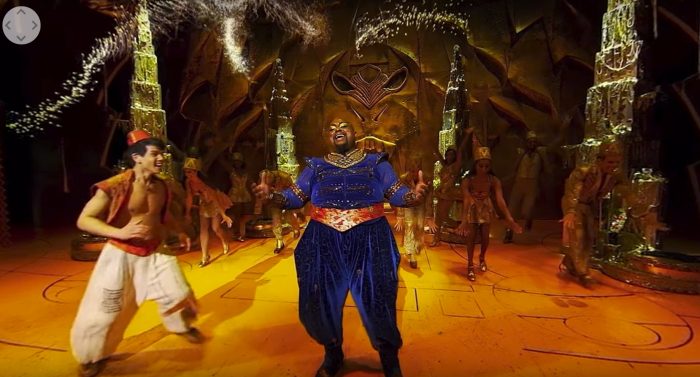 Adapting a live performance to a 360 medium is a complicated task, notes Max Bolotov, executive producer of Koncept VR, which provided end-to-end strategic, creative and production services. Camera placement and movement must be carefully worked out ahead of time. Subtle adjustments must be made to staging and lighting without straying from the aesthetics of the original production. “We have limited time with the performers, so everything needs to be well-planned and rehearsed,” Bolotov explains. “You even need to consider factors such as stage floors as they always surprise in the way they move and that can affect the 360 camera.”

For the sound portion of the piece, Chapter Four partnered with the show’s in-house sound department to record both Genie’s vocal performance during the 360 production and an actual live performance of the show with the entire cast. “We wanted to capture the cast members and musicians, as well as ambient sounds of the audience clapping and cheering,” notes sound supervisor José Frías. “There is a lot happening on the stage, including fireworks, and we covered everything, so our post-production team would have the tools to recreate the electric feeling inside the theater.”

Production sound was augmented by sound design and Foley sound effects. That ranged from the swish of costumes and the snap of tap shoes to the rustle of jewelry and the squeak of stage floorboards. Additionally, the team produced sound effects to support the unique pop-up graphics that inform viewers of such facts as the show’s Tony Award nominations (five) and the number of crystals in each male dancer’s gold pants (more than 1000).

“We created a series of distinct composite sound effects incorporating wisps and poofs that explode,” explains sound designer Sarah Gibble-Laska. “These types of sound effects create movement and draw attention to the information that’s being revealed, without pulling viewers out of the experience.”

Ultimately, Genie’s voice, the dancers’ footsteps, the orchestra and other sound elements had to be blended and set in the proper spatial relationship. “Our aim was to ensure that every sound matched its source and was placed where it belonged in 3D space,” explains spatial sound mixer David Grinbaum. “We started with the singers and dancers and worked out from there, adding footsteps and clothing, and building up the reality of the piece. We wanted people to feel as though they are right there on stage. If a dancer moves past them, they should almost feel a gust of wind.”

The depth and nuance in Chapter Four’s sound work may go unnoticed by most viewers, says Joergen Geerds, who directed the piece for Koncept VR, but they enrich the overall experience. “The details bring the mix alive,” Geerds says. “They immerse the viewer far more than a single mic position ever could.” 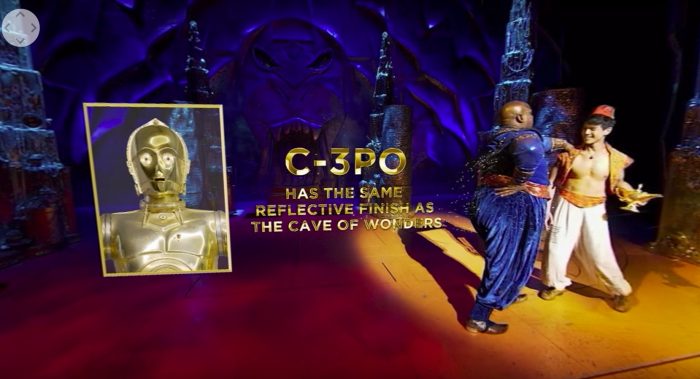 Chapter Four creative director Karim Douaidy says the finished piece captures the magic of Aladdin in way that would be difficult to match through traditional media. “It’s the music that makes this show special and our efforts were dedicated to making this piece as musical as possible,” he says. “The realistic aspects of the sound design are there to support the song and the performances, because, at the end of the day, it’s all about the music.”

Chapter Four has worked on numerous virtual reality productions, contributing not only sound services, but also handling production, post-production and visual effects. Other recent projects include The Sounds of IBM, an Autonomous Sensory Meridian Response (ASMR)-inspired binaural audio visual tour of IBM’s Q lab, and Send Me Home, a 360-documentary profile of Rickey Jackson, a man who spent four decades in prison for a murder he did not commit. “We take on projects that are meaningful to us,” says Gibble-Laska. “We do a diverse array of work, because we are interested and curious. We are constantly looking for new and creative things; projects that we feel we can help make better.” 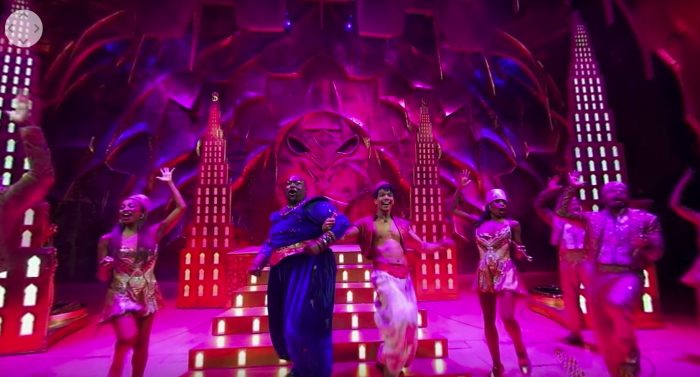 Chapter Four is a NYC-based full-service production company serving the film, television, commercial and new media industries. Chapter Four’s work has been featured on networks such as A+E, CBS, NBC and Netflix; in film festivals such as Sundance, SXSW, Cannes and Tribeca; as well as on immersive platforms including Facebook 360 and Oculus.