NEW YORK—J PowerHouse VFX, the New York-based boutique VFX studio, rounded out its first year in business by serving as the sole visual effects vendor on M. Night Shyamalan’s GLASS. In theaters on January 18, 2019, GLASS is a showcase for PowerHouse’s best-in-class talent and sterling client relationships.

Founded in 2017 by veteran VFX Executive Producer Bob Lowery and Sr. VFX Supervisor Ed Mendez in partnership with Jonathan Hoffman and Pete Conlin, principals of post services stalwart Sixteen19, PowerHouse provided Shyamalan and his team with the full-service approach that has quickly become the company’s calling card across the industry.

PowerHouse completed approximately 300 shots ranging from Hero CG character animation work, environmental set extensions including buildings and cars, to bringing The Beast to life in many more scenes than they had done previously in Split. Unlike many of the modern-day superhero movies, a vast majority of our work will go unnoticed, but we prefer it that way and so does Night and his team. 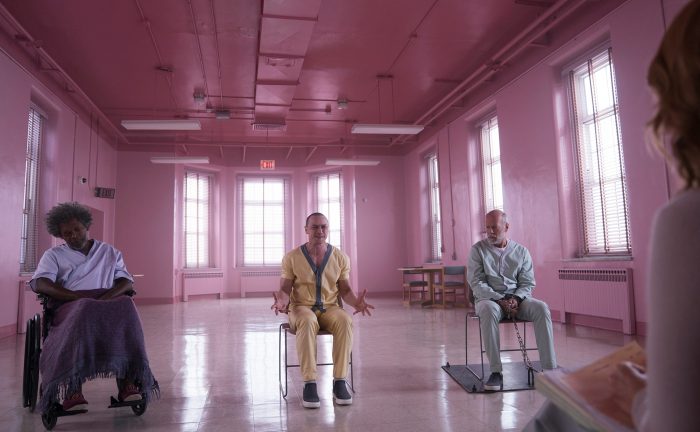 “Ed and Bob have been trusted creative partners on several of my films, so when they made the bold decision to form their own company, working with them again became a no-brainer,” Shyamalan said. “Great work and strong, reliable relationships are equally important factors for me in choosing my collaborators. I look forward to seeing PowerHouse grow and prosper so we can do more work together in the future.”

“We founded this company because we were confident that we’d offer a higher level of service than most VFX shops,” said Lowery. “We work with clients from the get-go to make sure we’re supporting their vision. Serving as sole VFX vendor for a project as complex and ambitious as GLASS shows how well that approach works – especially when you consider that we’ve only been in business for a year.”

“The deep roster of talented visual storytellers that we’ve brought on in year one enabled us to rise to the technical and creative challenges GLASS posed,” said Mendez. “Between that and the relationship we’ve cultivated over the years with Night, it was a natural fit – one that we’re excited to recreate on many more projects going forward.”

The PowerHouse team that helped bring GLASS to life has grown to include top-notch talent like CG/VFX supervisor Dan Bornstein, VFX supervisor Ruben Rodas, general manager Chris Kenneally, and Sr. VFX producer Ryan Cunningham in the company’s first year. The team brings decades of experience from companies like ILM, Dive, Cafe FX, and Zoic to the table, and leads a group of forty artists and counting.

PowerHouse has made significant capital investments to augment this broad base of talent. Occupying 5,000 square feet at Sixteen19’s state-of-the-art headquarters in Chelsea, New York

GLASS is just the most recent in a string of groundbreaking projects that have helped build PowerHouse’s reputation as an industry leader in 2018. The company brought its dynamic, collaborative approach to films like MARY POPPINS RETURNS, A QUIET PLACE, and NIGHT SCHOOL, and TV shows like THE MARVELOUS MRS. MAISEL and USA Network’s THE PURGE.

PowerHouse’s growing reputation as a vital creative partner is enhanced by its strategic partnership with Sixteen19. While the latter has long been known as one of New York’s premier post houses from dailies through picture finishing, PowerHouse provides a missing piece of the puzzle. Together, the companies offer a unique solution for clients – a start-to-finish suite of post and VFX services under one roof.

Night Shyamalan brings together the narratives of two of his standout originals—2000’s Unbreakable, from Touchstone, and 2016’s Split, from Universal—in one explosive, all-new comic-book thriller: Glass.

From Unbreakable, Bruce Willis returns as David Dunn as does Samuel L. Jackson as Elijah Price, known also by his pseudonym Mr. Glass. Joining from Split are James McAvoy, reprising his role as Kevin Wendell Crumb and the multiple identities who reside within, and Anya Taylor-Joy as Casey Cooke, the only captive to survive an encounter with The Beast.

Following the conclusion of Split, Glass finds Dunn pursuing Crumb’s superhuman figure of The Beast in a series of escalating encounters, while the shadowy presence of Price emerges as an orchestrator who holds secrets critical to both men.

This riveting culmination of his worldwide blockbusters is produced by Shyamalan and Blumhouse Production’s Jason Blum, who also produced the writer/director’s previous two films for Universal. They produce again with Ashwin Rajan and Marc Bienstock, and Steven Schneider and Kevin Frakes, who executive produce. Gary Barber and Roger Birnbaum also serve as executive producers.

A Blinding Edge Pictures and Blumhouse production, Glass is released by Universal Pictures in North America and by Buena Vista International abroad. www.glassmovie.com