LOS ANGELES — The Hollywood Section of SMPTE®, the organization whose standards work has supported a century of advances in entertainment technology, will host a panel discussion this month on real-time visualization tools that are revolutionizing the way film and television productions are planned. The meeting will occur on Thursday, February 21, at SIM, Los Angeles. 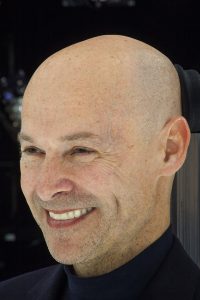 Aiming for greater efficiency and accuracy in preparing for production and post-production, film and television producers are increasingly forgoing storyboards, animatics and other traditional planning tools in favor of real-time visualization technologies adapted from the gaming industry. Game development engines, such as Unity 3D and Epic Games’ Unreal Engine, are helping productions save time and money and achieve new creative heights.

At SMPTE Hollywood’s February meeting, a group of experts will explain why real-time visualization software and hardware tools are game-changers for pre-production and post-production. They will show how tools such as Lightcraft Technology’s Halide FX and Faceware Technology’s Live can be used to plot camera movement, block scenes and simulate performances in real time. The event will include a presentation on Unreal Engine by David Morin, head of Epic Games’ Los Angeles Lab. That will be followed by a panel discussion with representatives from Lightcraft Technology and Faceware.

Topic: Beyond Gaming: Real-Time Visualization in TV and Cinema

The Hollywood Section of SMPTE® was initially organized as the West Coast Section in 1928. Today, as its own SMPTE Region, it encompasses more than 1,200 SMPTE Members with a common interest in motion-imaging technology in the Greater Los Angeles area. The Hollywood Section offers free meetings monthly that are open to SMPTE Members and non-members alike. Information about meetings is posted on the Section website at www.smpte.org/hollywood.

For more than a century, the people of the Society of Motion Picture and Television Engineers, or SMPTE (pronounced “simp-tee”), have sorted out the details of many significant advances in media and entertainment technology, from the introduction of “talkies” and color television to HD and UHD (4K, 8K) TV. Since its founding in 1916, SMPTE has received an Oscar® and multiple Emmy® Awards for its work in advancing moving-imagery engineering across the industry. SMPTE has developed thousands of standards, recommended practices, and engineering guidelines, more than 800 of which are currently in force today. SMPTE Time Code™ and the ubiquitous SMPTE Color Bars™ are just two examples of SMPTE’s notable work. Now in its second century, SMPTE is shaping the next generation of standards and providing education for the industry to ensure interoperability as the industry evolves further into IT- and IP-based workflows.

SMPTE is a global professional association of technologists and creatives who drive the quality and evolution of motion imaging. Its membership today includes more than 7,000 individuals: motion-imaging executives, creatives, technologists, researchers, and students who volunteer their time and expertise to SMPTE’s standards development and educational initiatives. A partnership with the Hollywood Professional Association (HPA) connects SMPTE and its membership with the businesses and individuals who support the creation and finishing of media content. Information on joining SMPTE is available at smpte.org/join.