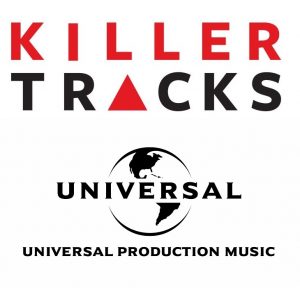 Original music recorded and curated at the world-famous London studios

Abbey Road Masters will create and curate original music, all of which will be recorded, mixed and mastered at the iconic Abbey Road Studios and adhere to the studios exceptionally high recording standards. The initial slate of releases include Indie Soundtrack, Contemporary Score, Alternative Pop Voices, Indie Rock Noir, The Fantasy Orchestra and Cinematic Piano.

All tracks are available immediately for licensing exclusively through Killer Tracks in the USA and Canada and Universal Production Music in the rest of the world. 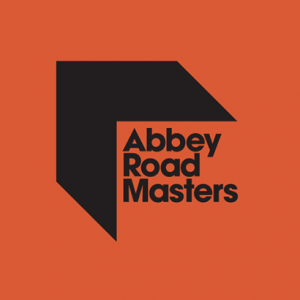 “We are walking in the footsteps of all the great recordings and soundtracks produced at Abbey Road and are committed to the exceptional quality of music that is the standard here,” said Ross Sellwood who is overseeing the Abbey Road Masters project through his role as Managing Director of Universal Globe’s Soundtrack & Score division.

“Abbey Road is synonymous with remarkable music. Ross and his team have created an amazing concept and executed it brilliantly,” said Michael Sammis, President of Universal Publishing Production Music Worldwide. “We are thrilled to be working with them on this truly unique musical offering and delivering this extraordinary music to our clients.”

“Creating outstanding music for film and television is such an important part of the Abbey Road story and we are delighted to be working with Ross to develop the Abbey Road Masters catalog with our shared commitment to authenticity and quality,” said Isabel Garvey, Managing Director, Abbey Road Studios.

“We have amazing frontline talent, but we also have a strong A&R commitment to finding and developing new discoveries,” noted Sellwood. “We see the potential in next generation artists and give them access to these amazing studios, engineers and players, and it is resulting in remarkable and innovative music for picture.”

Abbey Road Masters has access to all of Abbey Road Studios’ recording facilities. Studio One, the world’s largest purpose-built recording studio, was home to 75 musicians over two days for the recording of The Fantasy Orchestra album. Other albums were recorded in the legendary Studio Two and Three, sites of historic recordings by the Beatles and Pink Floyd and recent releases by Brockhampton, Lady Gaga and The 1975.

“We work with the studios’ in-house engineers, who are among the best in the world,” said Sellwood. “We have every type of recording gear at our fingertips, including the vintage microphone collection, a vast array of original outboard gear and cutting-edge digital technology. We are recording great music in the best way possible and we’re really excited about getting it out there to film, TV and advertising creatives.”

Abbey Road Masters have finished recording material for a further six albums which are based on themes including vintage synths and string ensembles, sampling and remixing live players, large-scale cinematic indie and close-up acoustic recordings – to be released in 2019.

Universal Production Music, a division of Universal Music Publishing Group and Universal Music Group, is the world’s leading production music company. Home to an award-winning catalog spanning all genres, moods, emotions and project types, UPPM creates, produces and licenses music for use in film, television, advertising, broadcast and other media.

Abbey Road Studios is the most famous recording studio in the world and a global music icon. The Studios are a centre of innovation for recording techniques, audio technology, and everything connected to the past, present and future of music development. Home to countless landmark recordings and pioneering advances in recording technology, the legendary studio complex has a phenomenal history spanning over 87 years, encompassing celebrated work by many of the world’s most famous recording artists including The Beatles, Florence + The Machine, Pink Floyd, Kanye West, Ed Sheeran, Oasis, Sam Smith, Lady Gaga, The 1975, Brockhampton and Adele. Film scores recorded at Abbey Road Studios include The Lord of The Rings trilogy, the Harry Potter films, the Oscar winning Gravity and The Shape of Water, plus Black Panther and and the multi award winning The Shape of Water.  Discover more at www.abbeyroad.com