SAN FRANCISCO— One Union Recording Studios, the Bay Area’s leading provider of post-production sound services, has hired Jaylen Block-Smith as general manager. Block-Smith brings a diverse background in sound and music, and more than ten years of managerial experience to her new role, which will include oversight of the facility’s scheduling, client relations and accounting activities. One Union has also brought on Elisa Gonzales to lead client services. 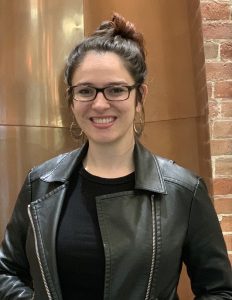 One Union president John McGleenan says the company is adding staff in response to growing new business. Demand for sound editorial, mixing and ADR services has been growing steadily since the company completed a facility-wide rebuild earlier this year. “Business is ratcheting up and we are now at nearly full capacity,” says McGleenan. Recent work includes commercials for Xbox, Honda, Wells Fargo and Levi’s, the television series Deadliest Catch, Grand Hotel and 13 Reasons Why, the podcast series Root of Evil and the games World of Warcraft and Assassin’s Creed.

Block-Smith previously served as audio manager at Oto Float, a floatation therapy studio in Chicago, where produced original music recording sessions. Prior to that, she served as general manager of the Rock House, an entertainment venue, café and music school in Chicago. A professional musician, songwriter and singer, she earned a degree in business management from San Diego State University.

“I love the team at One Union,” says Block-Smith. “I enjoy working with our clients, John and our engineers, and the opportunity to apply my background in music. I feel right at home in our studios, surrounded by the magic of recording.” 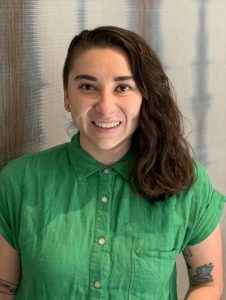 Gonzales will fill an expanded client services role designed to ensure clients’ personal needs are attended to and audio sessions proceed in a relaxed and efficient manner. She arrives from a similar position with Pixar Animation.

“Jaylen and Elisa bring a new energy to One Union and act as links between our clients and our engineers,” says McGleenan. “We’re proud to have them as part of our team.”