by Keith Gayhart | May 15, 2019 | Company Announcements, people on the move, Post Production | 0 comments

NEW YORK CITY— Domenic Rom, a longtime fixture of New York’s post-production industry, has joined Goldcrest Post as Managing Director. Rom will oversee operations, drive sales and pursue growth strategies for Goldcrest, one of the largest independent providers of post services for film and television on the East Coast. He previously served as president and general manager of Deluxe TV Post Production Services.

Rom’s appointment was announced by Goldcrest Films owner and executive director Nick Quested, who cited Rom’s experience and deep ties to the post production community in New York and beyond. “Domenic is a visionary leader who brings a client-centric approach toward facility management, and understands the industry’s changing dynamics,” Quested said. “He inspires his team to perform at a peak level and deliver the quality services our clients expect. We are delighted to welcome him to the Goldcrest family and expect our facility to thrive under his stewardship.” 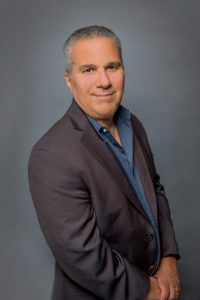 For his part, Rom sees tremendous potential to grow Goldcrest and capitalize on an expanding market for post-production services. “The core talent at this facility is strong and they are backed by very capable engineering and support staff,” he observes. “Goldcrest has a ton to offer and my goal is to get that message out to the world.” Recent projects for Goldcrest include the Netflix series Russian Doll and the independent features Sorry to Bother You, The Miseducation of Cameron Post, Native Son and High Flying Bird.

In his previous position, Rom led Deluxe’s global services for television, including its subsidiaries Encore and Level 3. Prior to that, he was managing director of Deluxe’s New York studio, which included East Coast operations for Encore, Company 3 and Method. He served as senior vice president at Technicolor Creative Services for three years, and was an executive at PostWorks for 11 years. Rom began his career as a colorist at Duart Film Labs, eventually becoming executive VP in charge of its digital and film labs.

Rom says that he looks forward to working with Goldcrest Post’s management team, including head of production Gretchen McGowan and Head of Picture Jay Tilin, in moving the facility forward. “We intend to be a very client-oriented facility,” he notes. “When clients walk in the door, they should feel at home, feel that this is their place. Jay and Gretchen both get that. We will work together very closely to ensure Goldcrest is a solid, responsive facility.”