New York City—  Continuing to expand its creative roster with unique and emerging talent, Derby has signed writer/director Emily Elizabeth Thomas for advertising, branded content and music videos. Originally from Texas, Thomas is best known for her narrative work, including the award-winning short film Lola: Girl Got a Gun. The new venture, which marks Thomas’ first foray into advertising, is off to a fast start. She has already collaborated with Derby on a pair of projects, the latest, a provocative short film, out of TBWA\Chiat\Day NY, for this month’s Brooklyn Film Festival. 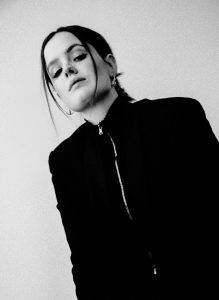 Derby executive producer Rebecca Niles says that she was immediately struck by Thomas’ storytelling skill and her polish as a filmmaker. “Emily’s films have a rawness and passion that is truly distinctive,” Niles says. “There’s a need for a director like Emily, who comes from an art, narrative background, in advertising. She will come into the space and disrupt it. I see obvious application for her striking aesthetic across a range of ad genres, especially those focused on women”

“When I met Rebecca, Derby just made sense. I knew we were cut from the same cloth. We embody true grit, hard work and determination. Together, we’re ready for anything,” explains Thomas. “I’ve written and directed all of my narrative films. I’ve gotten down and dirty and weathered every storm. I’m well-prepared to enter the advertising field.”

Thomas’ first project for Derby was Long Time Coming, the debut music video from Atlantic Records artist Jagwar Twin. She followed that with The Gathering, a short promotional film for the Brooklyn Film Festival. Conceived by TBWA\Chiat\Day NY, the piece is inspired by real accounts of alleged sexual misconduct in the film industry. The film will play in advance of every festival screening. “It’s important to me to be a part of the conversation of gender equality in the film industry, and the fight to end sexual misconduct in Hollywood. The dialogue in this film will touch trigger points for a lot of people,” Thomas insists. “The industry has a history of failing women. This film is meant to encourage people to take a stand against mistreatment and bias. It was an honor to be part of it.”

Derby is a production company representing storytellers and directing talent known for its collaborations with top ad agencies, brands and record labels in executing flawless, full-service productions across both traditional advertising and emerging experiential media. The company has built a solid reputation for diverse creative work, thanks to a roster of uniquely talented, multi-hyphenate, contemporary directors whose skills extend to a variety of roles.