Adelaide, South Australia—Adelaide native Chris La grew up enamored with movie magic. As a young man in 2016, he took a step toward turning his infatuation into a lifetime career by enrolling in Rising Sun Pictures’ Graduate Certificate Program in Compositing and Tracking. Conducted on the premises of the award-winning visual effects studio, the program required long hours and plenty of hard work, but, for Chris, the investment paid off as he is now employed as a Roto and Clean-Up Artist at Method Studios in Melbourne. There he has had the opportunity to work on a string of hit films, including last year’s box office smash, Aquaman.

Chris La recently spoke with RSP about his educational experience and the success he’s enjoyed in his promising young career. 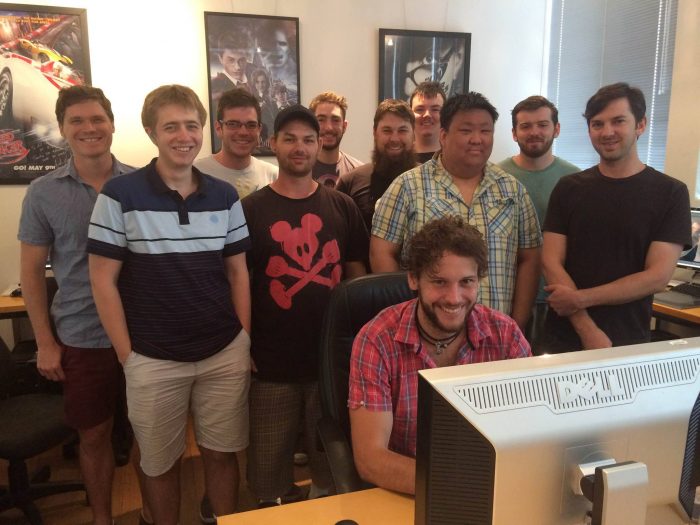 Chris La:              Mostly from watching movies as a kid. I was particularly interested in the title sequences—when the big words would fly up on the screen. I’d try to recreate them at home on my own. It was just tinkering.

Chris La:              No, I first went to university for something unrelated, but I didn’t like it. I took a break and then decided to follow my passion. I enrolled in a 2-year program in CGI and Visual Effects at TAFE SA

Chris La:              RSP is famous in Adelaide and has excellent relationships with the local tertiary colleges and universities. During the second semester of second-year, students at TAFE were invited to visit RSP and present their show reels. As a first-year student, I was invited to tag along. It was my first exposure to a professional visual effects studio and I was very impressed. So, when I finished my 2-year course, I enrolled in RSP’s Graduate Certificate program.

Chris La:              It’s an actual studio with professional artists working 15 meters away from you. The student experience conforms to a professional routine. At RSP, you are there Monday through Friday from 9 to 5, you are immersed in a true studio experience and you work full-time hours. You work as a team. The instructors give you instant feedback on what’s working and what’s not. It’s a better way to learn.

Chris La:              I loved the Day-in-the-Life-Of presentations where artists from different departments would come in and talk to us about their jobs. Very enlightening. I hadn’t heard of some of their roles.

Chris La:              Yes, exactly. I was familiar with the compositing software from TAFE, but at RSP, I learned how to put it into practice, how it functioned in the pipeline. It was a more well-rounded experience. And, after completing my Graduate Certificate, I was fortunate to gain employment with RSP on a short contract and worked on X-Men: Apocalypse. I got to use my skills and contribute to a Hollywood movie! That was amazing!

Chris La:              Besides my short stint with RSP, It took a little while, but a former classmate of mine who was working at Method put in a good word for me, and they gave me a chance.

Chris La:              We do films and TV. I’m a Roto and Clean-Up Artist. My work involves making shapes around people and objects to assist in the compositing process. I also remove objects, set and crew. It is always different and sometimes challenging, but satisfying when done right.

Chris La:              I’d like to work internationally…maybe Canada. This is a good career if you want to combine work with travel.

Chris La:              Get to know the people around you. Make friends and connections. You never know who might help you land a job. Don’t take yourself too seriously, and don’t assume you know everything. You need to always keep on learning.

Chris La:              It provides an excellent introduction to studio life. It’s a great place to learn skills, to make connections and to find out if this is the life for you.