Periscope Post & Audio co-owner Michael Nehs says that Ellis is the ideal person to introduce Periscope to West Coast studios, broadcasters, streaming companies and other film and television producers. “Rich is a phenomenal professional, well connected and committed to providing his clients with excellent service,” Nehs notes. “He was our first choice to lead our sales effort in Hollywood.” 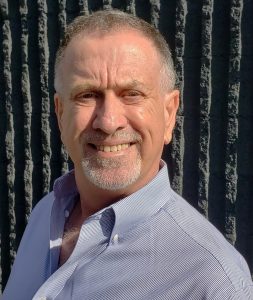 Ellis most recently served as Senior Vice President at Larson Studios, where he directed sales and managed relationships with studios and other clients. He has also held senior sales positions with Technicolor/Complete Post, The Post Group and Video Transitions. He began his career with Consolidated Film Industries (CFI).

Regarding his role at Periscope, Ellis says he’s intrigued by the opportunity to help build a facility from the ground up.  “I’m excited by Mike’s laser vision for Periscope and want to be part of it,” he observes. “Mike is coming to Hollywood with a lot of fire in his belly, especially in his determination to push boundaries and deliver exceptional service. We won’t settle for anything less than excellence.”

Periscope is in the final stages of completing the build-out of its Hollywood facility and will begin full operations this month. “We are all very enthusiastic about establishing a facility with staying power,” says Ellis. “We intend to be Hollywood’s next A-team.”