Eng, a supervising sound editor, sound designer and re-recording mixer, earned two Emmy Award nominations last year for the series Twin Peaks. His many other credits include the animated film Coraline and the David Lynch classic Mulholland Drive. In their first project for Periscope, Ash and Eng are handling sound for a new Netflix series. 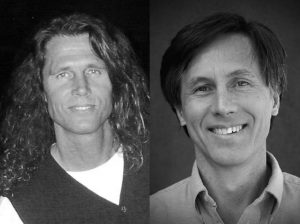 Ash and Eng will be the lead sound talent at Periscope Post & Audio’s Hollywood facility, which launched last month. The sound department features a theatrical mix stage with an Avid S6 digital console, Pro Tools and Dolby Atmos capability, as well as three additional mix stages also featuring Avid S6 consoles, Pro Tools and Dolby Atmos. “We are building a world-class sound services team and are thrilled to welcome Rick and Ron to it,” says general manager Ben Benedetti. “They are both passionate artists who offer experience across studio and independent features, episodic television, mini-series and many other formats.”

Ash has been a top re-recording mixer for more than 30 years. Along with his three wins, he has seven additional Emmy Award nominations. He also has five CAS Awards, the most recent for the mini-series Temple Grandin, along with five more nominations. He was nominated for a BAFTA Award for his work on Pulp Fiction. He spent many years on staff at Todd-AO and also had a long affiliation with Walt Disney Studios. Having begun his career in the recording industry, he moved into post-production sound in 1978 and earned his first credit on the Martin Scorsese documentary The Last Waltz. Other notable credits include The Story of God with Morgan Freeman, Hell on Wheels, The X-Files, Little Miss Sunshine and Monster’s Ball.

Ash says he was attracted to Periscope Post & Audio by its boutique size and mindset, and the opportunity to work on a diversity of creatively-challenging projects. “As an independent facility that’s client-centric and creatively-focused, it’s a great fit for me,” he says. “It’s a place where I continue to do what I love: mix sound and tell stories. That’s what’s important to me.”

Eng’s career in sound spans more than two decades. He broke into the business as a sound editor with Hollywood Way and spent eight years as a supervising sound editor at Paramount Pictures. He later founded the independent sound services company GigEng Productions and ran it for a decade. Recently, he has worked as a freelancer, handling projects for Sony Pictures, 20th Century Fox and others. He has been nominated for numerous MPSE Golden Reel Awards, including for ParaNorman, Jungle Book 2 and Lara Croft: Tomb Raider. Other recent projects include the feature Deadpool 2 and the series Longmire.

Eng is impressed with the sound resources available at Periscope Post & Audio’s new Hollywood facility. “The space is well-equipped and comfortable, and the mix stage and other sound rooms are built to be very flexible,” he says. “Having been an independent, it’s exciting to be part of a new venture and have a place to call home.”