Creative studio has four edit suites operating at capacity and plans to grow.

Ettinger says that the company had to move quickly to get its editing systems up and running because of the influx of projects that arrived virtually the moment it launched in March. “It was very gratifying to be presented with so much work out of the gate, both from people we’ve worked with in the past and new clients,” Ettinger says. “It showed a lot of confidence in our team and what we are trying to build.” 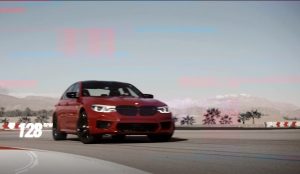 1606’s recent projects include a new spot for BMW out of Goodby, Silverstein & Partners. Edited by McDonald, it features a group of BMW sedans being propelled around a racetrack by drivers wearing heart rate monitors. Graphics show their beats-per-minute spiking as the cars accelerate and glide through turns. “It was a novel way to demonstrate the thrill of driving,” says McDonald. “The editorial pace reinforces the message by gaining speed and intensity as the drivers’ hearts beat faster.”

Walker’s latest project is a spot for Novio’s ongoing “Redefining Possible” campaign for Bay Area hospital UCSF Health. Walker has cut nearly a dozen spots for the campaign since it began in 2016. The new one shows a man running up a mountain trail at dusk. When he nears the camera, it becomes apparent that he has a prosthetic leg. UCSF Health runs a comprehensive training program for amputees. “It’s a wonderful campaign to be associated with,” says Walker. “Each spot tells a great story in a simple but emotionally powerful way.”

Langerhausen’s most recent project is a spot for Carl’s Jr. out of Erich & Kallman, which was just named Small Agency of the Year: West by Advertising Age. The spot introduces an addition to the restaurant chain’s menu, a new burger that is priced so low, the voice-over actor reads it as “$249.00” rather than “$2.49.” “It was exciting to work with the agency’s creative team,” says Langerhausen. “They have an intensely collaborative approach that dovetails perfectly with ours. We look forward to bringing them back for future projects.”

Looking forward, Ettinger expects 1606’s next six months to be busier still. “Our aim is to provide agencies and brands with flexible, creative options for producing content,” Ettinger says. “We offer a fresh approach that removes some of the barriers to creative collaboration, and it’s working.”