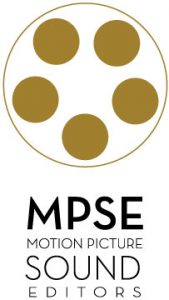 Studio City, California –  The Motion Picture Sound Editors (MPSE) today announces that it will honor Academy Award-winning supervising sound editor Cecelia “Cece” Hall with its 2020 MPSE Career Achievement Award. Hall received an Oscar nomination for sound editing in 1987 for her work on Top Gun and won the Oscar four years later for The Hunt for Red October. A past president of the MPSE, she served for many years as senior vice president for post-production sound at Paramount Pictures and currently teaches sound design at UCLA. She will receive the Career Achievement Award at the 67th Annual MPSE Golden Reel Awards ceremony, January 19, 2020 in Los Angeles.

“Cece Hall is one of the pillars of the sound community,” said MPSE president Tom McCarthy. “She is an exceptionally talented sound editor, who has created imaginative sound for many great films. As an executive at Paramount Pictures, she was a tireless advocate for filmmakers and sound artists and their projects. As an educator, she has inspired and shared her insights and experience with countless young people who’ve gone onto productive careers in the industry. We are delighted to recognize her diverse contributions to the art of entertainment sound with our Career Achievement Award.” 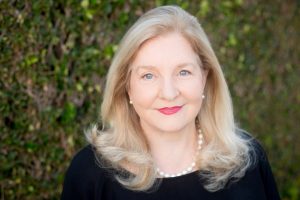 After beginning her career as an independent sound editor, Hall landed at Paramount Pictures in 1978 as the first woman hired in the sound-editing department. At Paramount, she supervised sound for films including Star Trek II & III, Beverly Hills Cop I & II, Witness, Searching for Bobby Fisher and Days of Thunder. As senior vice president of post-production sound, she oversaw projects for both Paramount and its subsidiaries including The Hours, Stop-Loss, Charlotte’s Web, Black Snake Moan and Hustle & Flow. Along the way, she developed collaborative relationships with directors and producers including Scott Rudin, Peter Weir, Jerry Bruckheimer, Tony Scott, Tim Burton and Jordan Kerner.

In addition to her Academy Award for The Hunt for Red October, Hall has won two MPSE Golden Reel awards among nine nominations. She was elected president of the MPSE in 1984, the first woman to hold that office. She served on the executive committee of the sound branch of the Academy of Motion Picture Arts and Sciences for seven years.

In 1995, Hall was invited to teach at the UCLA Graduate School of Theatre, Film and Television/Media and remains passionate about teaching sound design to new generations of filmmakers. She has also taken residencies at Savannah College of Art and Design (SCAD) and California State University, Monterey, and has served on numerous panels and seminars on sound design in the U.S. and internationally.

“I am honored and humbled to be recognized by my peers in the MPSE,” said Hall. “I have a long association with the organization and am committed to its mission to promote sound editors and the craft of sound editing. I am grateful for having had an exciting career and most proud of having had the opportunity to hire so many talented women on the movies I supervised.”

The MPSE Career Achievement Award recognizes sound artists who have distinguished themselves by meritorious works as both an individual and fellow contributor to the art of sound for feature film, television and gaming and for setting an example of excellence for others to follow. Hall joins a distinguished list of sound innovators, including 2019 Career Achievement Recipient Stephen H. Flick, John Paul Fasal, Harry Cohen, Richard King, Skip Lievsay, Randy Thom, Larry Singer, Walter Murch and George Watters II.

About MPSE
Founded in 1953, the Motion Picture Sound Editors is a non-profit organization of professional sound and music editors who work in the motion picture, television and gaming industry. The organization’s mission is to provide a wealth of knowledge from award winning professionals to a diverse group of individuals, youth and career professionals alike; mentoring and educating the community about the artistic merit and technical advancements in sound and music editing; providing scholarships for the continuing advancement of professional sound education; and helping to enhance the personal and professional lives of the men and women who practice this unique craft.