Having completed the school’s Graduate Certificate program himself, Maher brings a special brand of enthusiasm to the classroom.

Adelaide, South Australia—Thomas Maher is the youngest member of the teaching staff at Rising Sun Pictures Education. The Adelaide native is himself an alumnus of the program, having completed the Graduate Certificate in Dynamic Effects and Lighting in 2017, delivered in conjunction with Rising Sun Pictures (RSP) and the University of South Australia (UniSA).  After gaining professional experience as an artist at Adelaide VFX shop Resin, and teaching Houdini and Nuke basics at TAFE, Tom returned to RSP last year. Since then, he has served as a teaching assistant to Dan Wills in the Graduate Certificate course in Dynamic Effects and Lighting and co-taught classes in Compositing, Paint and Roto and other subjects. He has also worked as an artist at the studio on several films including the blockbuster hit Captain Marvel. 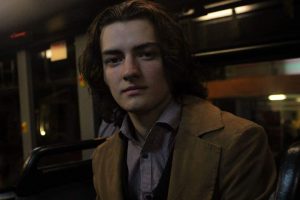 Tom has proven popular among students for his knowledge of Houdini, knack for making difficult concepts seem simple, and the enthusiasm he brings to the classroom. He, in turn, has been amazed by the aspiring artists he’s met in the classroom. “I’ve worked with over four separate classes and virtually every student exceeds my expectations,” he states. “They continuously impress me with their technical aptitude and artistry, and the speed with which they are able to learn and apply the things we teach. They are incredibly friendly, mature and competent.”

Like many of his students, Tom became fascinated with visual effects from watching movies as a youth. He made short films in high school and received his formal training at the University of Adelaide and at TAFE SA, eventually earning an Advanced Diploma in Screen and Media.

While still a student at TAFE, Tom undertook two short courses learning Houdini at RSP.  He enjoyed the experience so much that he enrolled in the Graduate Certificate program after his graduation. He chose to focus on mastering Houdini through the course on Dynamic Effects and Lighting and he describes the experience as a game changer. It not only helped him take his skills to a new level, it taught him how to turn his passion into a tangible, lifetime career.

“It was fantastic,” he says. “From the moment I walked in, I felt I wasn’t simply a student, but a member of the team. The staff worked hard to make us feel welcome. Artists from the floor, who weren’t part of the education staff, would drop by and offer assistance and feedback on our work. It was intensive, full-time, five days a week. It was exciting to be in a routine where you could really build momentum.”

After completing the Graduate Certificate program, Tom spent a few months sending out reels and resumes and interviewing for jobs, before a friend recommended him for a position as a junior artist at Resin. His role primarily involved compositing and rotoscoping, but he also had the opportunity to apply his Houdini skills creating water effects for the Netflix series Tidelands.

A short time after starting at Resin, Tom was offered a second job, teaching Houdini at his former school, TAFE. He found the experience as much fun as his work on the artists’ floor. “I always liked the idea of teaching,” he recalls. “It was hard work, but I liked it, especially as it involved Houdini, my primary point of interest.” 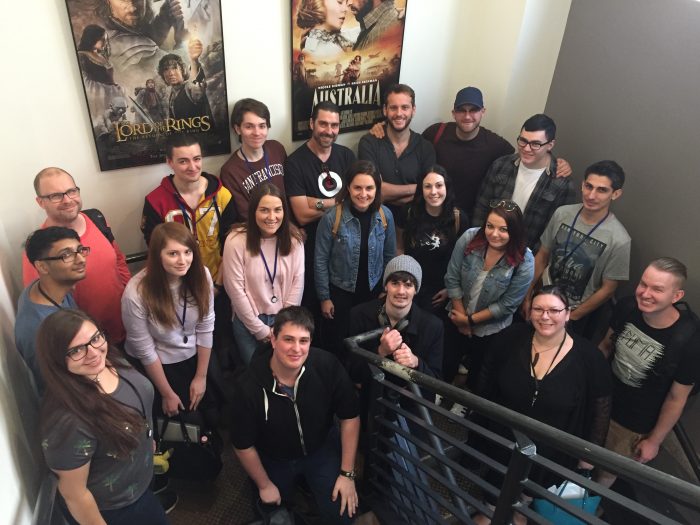 Mid last year, a teaching assistant position opened at RSP.  Anna Hodge, who manages the program, thought of Tom, whom she knew both from his time at RSP and at TAFE.  He jumped at the chance to return. “I was like, ‘Yes!’” he says. “It was amazing to be back at RSP and be on the other side of the desk.”

It’s not surprising that Tom has got on well with his students. He is not much older than most of the young artists in his classroom and, having recently gone through the program himself, finds it easy to identify with their struggles and triumphs. “It’s only been two years since I started my first job and transitioned from student to professional artist and teacher,” he observes. “The landscape of the industry hasn’t changed much. When you send out applications, you don’t always hear back.  It can be discouraging, but you’ve just got to continue to improve your own skills and apply again. That’s something that I learned the hard way and so I counsel my students to be patient and persistent. I also encourage them to take advantage of all the employment resources offered by RSP.”

Beyond sticking to it, Tom advises his students to think long and hard about their futures. “Think about which role within VFX you’d like to pursue,” he insists. “At the outset, they may all seem somewhat similar, but they lead to very different career paths. If you have your heart set on eventually becoming a compositor, for example, find out which junior roles lead to it, like paint and roto, and work to develop those skills. If you are unsure where you want to end up, take a basic course with a little bit of everything, or see what you can learn at home. You’ll probably learn very quickly what you don’t like and where your passion is. You’ll also have a better idea about what the pros do and be better prepared for more advanced work.

“If you have a passion for visual effects, as I do, you ought to go for it. There has never been a better time to be a visual effects artist, in Adelaide and around the world.”

Our studio enjoys the advantage of being located in Adelaide, South Australia, one of the world’s most liveable cities. That, combined with our sterling reputation, and access to one of the largest and reliable rebates, makes RSP a magnet for film-makers world wide. This has propelled us to continued success and enabled RSP to contribute to a range of projects including Spider-Man: Farm From Home, Captain Marvel, Dumbo, Alita: Battle Angel, The Predator, Tomb Raider, Peter Rabbit, Animal World, Thor: Ragnarok, Logan, Pan, the X-Men franchise and Game of Thrones.