“The needs of our customers continue to grow as new formats, new workflows and new delivery requirements arise,” said MTI Film Director of Product Development Randy Reck. “Our software teams are continuously refining and reinventing our products to keep pace with these changes and help our customers work faster, better and more efficiently. The latest improvements to CORTEX and DRS™Nova are direct responses to customer feedback and reflect our dedication to maximizing the value of our products.” 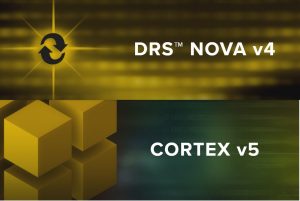 Other recent improvements include Alpha Filter support for a variety of scanners including Arri, Lasergraphics, and Scannity, and GPU acceleration for stabilization, de-warp and de-flicker operations. DRS™Nova 4.2 allows the import and export of EDLs and includes support for TIFF and EXR image formats.