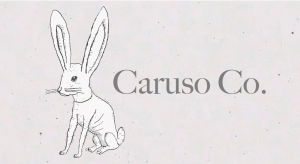 SAN FRANCISCO—Caruso Company has signed Doug Walker for exclusive representation as a director for commercials, branded content and other projects. Walker, who is also an editor and co-founder of the editorial and post house 1606 Studio, has collaborated frequently with Caruso Company on directing projects as an independent, most recently on an image campaign for the University of Arizona Health Sciences via San Francisco agency Novio. Past collaborations include work for Almond Breeze, Intel, Facebook, Wells Fargo and Norton Utilities. 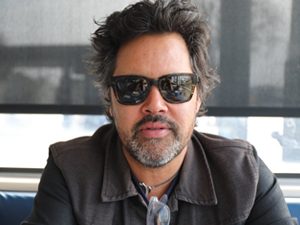 Signing Walker marks a shift in business strategy and the beginning of a growth initiative for Caruso Company. Company founder, Executive Producer Robert Caruso, says he plans to build a roster of directors who share the company’s creative focus and work ethic and make a long-term commitment to their career growth. “Our goal is to complement our pool of curated director talent with a select roster of like-minded filmmakers” Caruso explains. “I’m interested in directors who do great work, who are dedicated to their craft and have something unique to offer the market. But just as important is working with people who have a real excitement about the process and know how to have fun crafting great content.”

Caruso adds that Walker is a perfect example. “I’ve known Doug for a long time and watched his career as a director blossom,” he says. “He’s been hugely successful. He’s a generous collaborator and very passionate about his work and building his portfolio as a director.”

Caruso Company is also broadening its sales reach and has secured West Coast and Midwest representation via Doug Sherin and Kimberly Griswold of Los Angeles-based Options. The company provides sales support for production companies, directors and content creators across the advertising and digital industries.

Walker says that his alliance with Caruso Company allows him to pursue directing and editing opportunities in tandem. “I’ve got a great relationship with Robert and it’s allowed me work on projects as both director and editor,” he says. “For me, there is nothing better than to take a project through production as the director and then edit it, sharing the vision with the creative team instantly. That’s something unique that I have to offer.”

Walker’s new work for University of Arizona Health Sciences includes a 2-minute brand film that seeks to capture the uniqueness of the medical school by highlighting its surroundings and people. It features a blend of panoramic landscape imagery with emotionally-rich lifestyle vignettes. “It captures the heart and soul of Tucson and Arizona,” says Caruso. “It’s about the striking landscapes, the beautiful faces of students and residents of the surrounding community.”

University of Arizona Health Sciences “Tomorrow Is Here” from Caruso Company on Vimeo.

The campaign is a testament to how Walker’s work as a director has evolved and matured, according to Caruso. “He finds the truth in the story,” he observes. “He has an eye for authenticity that is in tune with a lot of great advertising and branded media today. He is very good at casting and directing real people and an excellent storyteller. His background as an editor has sharpened his eye as a director and it gives him a singular perspective. He also has the experience of working with A-list directors and has learned a lot from studying their approaches and processes.” 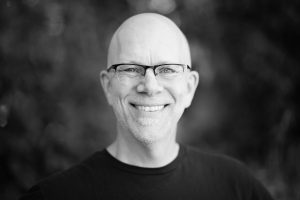 Walker, who spent four days shooting the campaign in Tucson and its environs, says the project appealed to him as a chance to engage in cinematic storytelling. “It’s the type of work, I’ve been doing since my earliest days as an editor,” he explains. “It’s stylish, visual work.”

“I love the collaborative aspect of directing,” Walker adds, “taking a concept from a piece of paper and translating it into beautiful visuals. I am passionate about my projects and love the business of advertising. Anytime you have an opportunity to help someone bring their vision to fruition, it’s a beautiful thing.”