Adelaide, South Australia— Gail Fuller, Rising Sun Pictures (RSP) Co-Founder, was recognised for her ongoing commitment to leadership in the creative industry by receiving the ‘Santos Leader of the Year’ at the Advertiser and Sunday Mail’s Woman of the Year Awards 2019. The awards are the culmination of a year-long celebration of SA women and their achievements. Fuller was among six trailblazing South Australian women celebrated at the inaugural event held at Keith Murdoch House on Tuesday 3 December.

“I feel very honoured to receive the Santos Leader of the Year award in this year of the 125th Anniversary of Women’s Suffrage in South Australia,” says Fuller. “I want to thank Santos and The Advertiser for creating this award.” 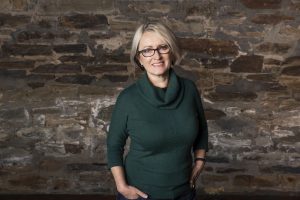 As part of the campaign, The Advertiser has run a series of features showcasing outstanding South Australian women in many different fields. “These inspiring stories of women’s ingenuity, courage, talent and tenacity are so rarely in the spotlight and I hope that The Advertiser ‘Women of the Year Awards’ continue for many years to come,” notes Fuller. “There are so many women in SA deserving of recognition for their ground-breaking achievements.”

RSP congratulates all the winners and nominees, especially Woman-of-the-Year winner Julie-Ann Finney.  Fuller encourages the support of Finney’s campaign for a royal commission into the rising suicide rate among veterans, after the tragic loss of her own son. “Leadership can take many forms,” says Fuller. “The widely-held image of the leader as the one on the podium, making speeches and waving the flag is not the only way to lead.  Others lead by example, work tirelessly, quietly achieving in the background, and many women share this style of leadership. I thank The Advertiser for highlighting the achievements of so many SA Women and I feel incredibly honoured and humbled and to be in such auspicious company.”

Our studio enjoys the advantage of being located in Adelaide, South Australia, one of the world’s most liveable cities. That, combined with our sterling reputation, and access to one of the largest and reliable rebates, makes RSP a magnet for film-makers world wide. This has propelled us to continued success and enabled RSP to contribute to a range of projects including Spider-Man: far From Home, X-Men: Dark Phoenix, Captain Marvel, Dumbo, Predator, Tomb Raider, Peter Rabbit, Animal World, Thor: Ragnarok, Logan, Pan, the X-Men franchise and Game of Thrones.