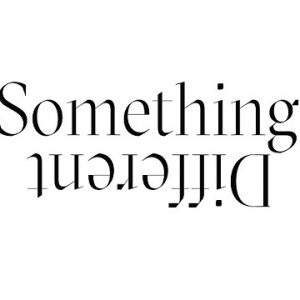 NEW YORK CITY— When a better idea comes along, some people are smart enough to abandon the old way of doing things …others not so much. A new, national advertising campaign conceived by Something Different introduces Charter Communications’ Spectrum Mobile service as “a better way to mobile” through droll tales of people who cling to the old ways a little too long.

The campaign’s first spot centers on a group of primitive island dwellers who prod one of their fellows into swimming to a nearby atoll to fetch pineapples. After they reject his big idea of building a boat, he reluctantly dives in and is promptly devoured by a sea creature. The VO observes, eventually someone has a better idea, like a boat, or in this case with Spectrum Mobile, offering the fastest overall mobile speeds and reliability.

The campaign, which broke Thanksgiving Day, aims to highlight Spectrum Mobile features that are superior to those of other mobile providers, while nudging consumers out of their inertia to make the switch. “We really wanted to make the point that just because something has always been done a certain way, it doesn’t mean that’s the right way to do it. That’s how Spectrum is looking at mobile,’” says Something Different Chief Creative Tommy Henvey, who credits the birth of the idea to creative director Richard Ryan. “The situations let us do that in a way that people will hopefully get a laugh from and, more importantly, get the message that there’s a better way out there.”

The campaign is directed by The Corner Shop’s James Rouse who presents the oddball situations with understated aplomb.

Something Different has been creating innovative advertising for Charter Communications’ Spectrum brand since the boutique agency’s launch in 2017. Its “Monsters” campaign promotes Spectrum’s cable, internet and phone offerings through a group of demons, villains and fiends who are horrified by the evil practices of rival services.

“Charter continuously pushes us to do stuff that no one else is doing and then supports it by helping us get the right talent around it,” says Henvey. “From an agency’s standpoint, what more could you possibly want?”

Something Different is located in Brooklyn, New York. For more information, call 929-324-3030 or visit www.itssomethingdifferent.com