Culver City, Calif.–  In Columbia Pictures’ Jumanji: The Next Level, the gang from the 2017 hit, Jumanji: Welcome to the Jungle, is back but the game has changed. As they return to Jumanji to rescue one of their own, they discover that nothing is as they expect. The players will have to brave parts unknown and unexplored, from the arid deserts to the snowy mountains, in order to escape the world’s most dangerous game. The film, which made its way to North American theaters on December 13, 2019, has collected over $600 million at the global box office. 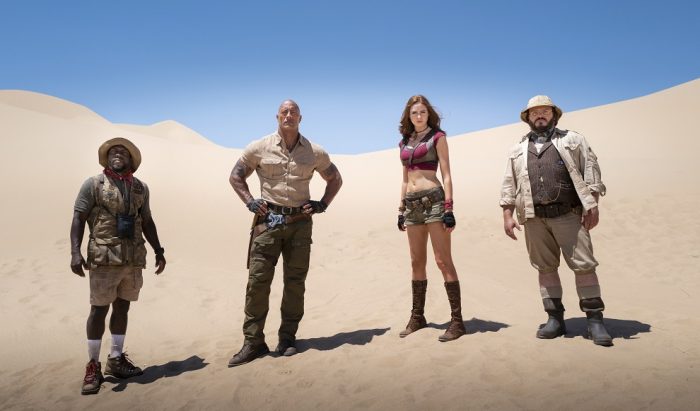 “In one sense, we began with a head start, because we’d worked together before, and were familiar with the world of Jumanji, the characters, and Jake Kasdan’s cinematic style of storytelling,” says Slater. “But this is a much bigger movie! There are more action scenes and those scenes are grander in scale. So, everything had to be bigger and bolder, and delivered in a way that is fun and pleasing to the audience.” Other key members of the team included Foley Artists Gary Hecker and Adam DeCoster and Sound Designers Chuck Michael and Ken McGill.

As with the earlier film, conjuring the world of Jumanji presented unique challenges for the sound team. Once players enter the game, they are immersed in an environment where everything around them is illusory, yet it all appears real. “They’re avatars in a fictional world, but that world is not a cartoon,” explains Shryack. “Things look real, but everything is heightened. They encounter what look like real animals, but those animals are larger-than-life and behave in ways that are unexpected and often menacing.”

A prime example of how that heightened reality is expressed through sound is a scene involving a horde of mandrills. The film’s heroes are pursued by hundreds of the fanged beasts across an intricate maze of rope bridges, and barely escape with their lives. Sound played a crucial role both in bringing the CG-animated rampaging mandrills to life and in adding to the tension as the human characters navigate the perilous network of bridges. “Creating a thousand mandrills was very hard to do,” explains Slater. “It’s a long sequence and if the sound of those animals were too loud, it could be harsh and annoying. On the other hand, you need to keep it interesting and building intensity.” 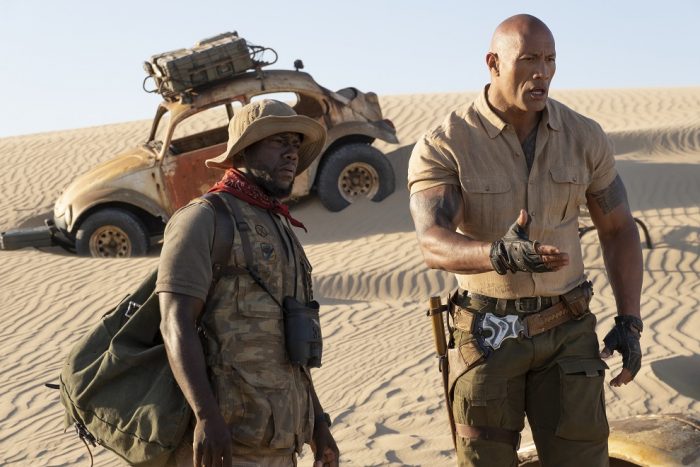 Dwayne Johnson and Kevin Hart star in Jumanji: The Next Level

The mandrills’ screeching and other vocalizations were created by blending recordings of real-world primates with animal sounds produced by a voice actor. From those elements, sound editors constructed a common “language” for the beasts. “We needed a lot of different types of cries and screeches because their behavior is more aggressive than you find in the wild,” says Shryack. “For the close-ups, every screech and howl is hand-crafted.”

“We wanted to give each mandrill personality and emotion,” adds Michael. “We also needed to support the twists in the story by reinforcing their behavior, whether they were attacking, jumping or falling from a bridge.”

Like the mandrills, the rope ladders were CG creations. As a result, their associated sounds—the swaying of ropes, the creaking and breaking of wood slats—had to be added in post. “It’s a very complicated scene,” notes Shryack. “A lot is happening with the characters experiencing several near misses. At one point, Karen Gillan is separated from the rest of the group and, as she tries to figure out what to do, she is attacked from behind by a particularly vicious mandrill. The sounds of her body movement, the mandrill and the bridge all had to be added and orchestrated to create the feeling of a close call.”

Foley sound was used extensively for nuance and realism. “We did all of the actors’ footsteps, when they’re running, jumping and leaping from bridge to bridge,” recalls Hecker. “We did each character separately, so the mixers had control over the performances. We also did things like hands grabbing and bodies falling. It was super hard to do because as the characters are running and jumping, and the bridges are falling apart. Boards break and ropes connecting the bridges snap. We had to come up with all those sounds to help the scene come alive and create the sense of danger.” 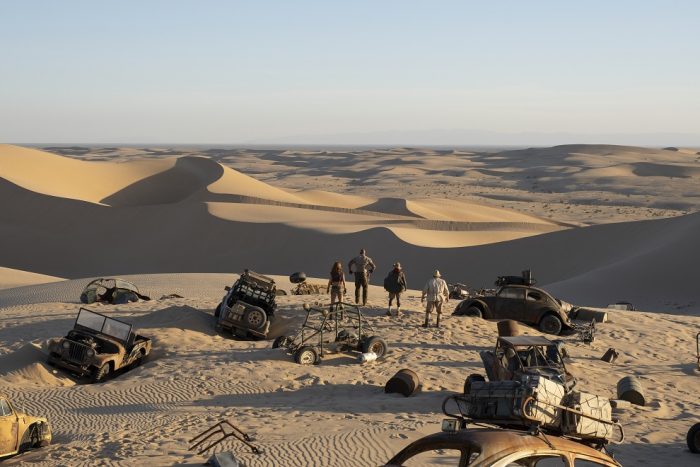 The sound team deployed a similar mix of realism and imagination in a scene from earlier in the film when the heroes are forced to flee an enormous herd of fleet-footed ostriches. Like the mandrills, the flightless birds are bigger and more dangerous than their real-world counterparts. “It’s a fun dynamic to work in the Jumanji world where things look real but are exaggerated in a fun way,” says McGill. “We listened to a lot of recordings of ostriches, but the real birds don’t make much sound, at least not what the story needed. So, we used parrots and macaws and pitched them down to make them fit much bigger animals. We ended up with huge, dumb creatures who, the madder they become, the louder they squawk.”

The heroes elude the birds by hopping into a pair of rusty dune buggies. Less obviously than with the birds, the sounds for those vehicles are also enhanced for dramatic effect. “We made some original recordings of actual dune buggies, but they didn’t produce the right sense of urgency or peril,” notes Slater. “So, we bolstered them with the sounds of V8 truck engines and race cars.”

“Their engines rev a little higher and a little longer than they do in reality,” agrees Michael. “But it’s done very subtly so it doesn’t provoke disbelief. The audience is absorbed in the scene, they don’t really notice the sound, but it pulls them further into Jumanji.”

Again, the Foley crew made a significant contribution, creating the sounds of ostrich feet racing through sand and using large feather dusters to mimic the movements of the birds’ wings. “One bird attacks the dune buggy Dwayne Johnson and Kevin Hart are riding in, and starts pecking holes in the roof,” adds Hecker. “We used tools and sheets of metal to create those puncture sounds and added screeches for the bird as it attempts to tear through the metal.” 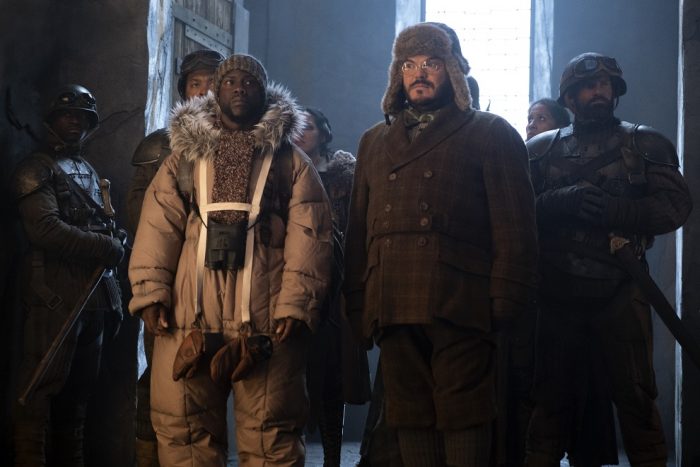 Kevin Hart and Jack Black star in Jumanji: The Next Level

The soundtrack was mixed by Slater and O’Connell in Dolby Atmos in Sony Pictures Studios’ historic Cary Grant Theater. “Mixing for this film was a wonderful process,” says O’Connell. “We had incredible sound design elements combined with an amazing score from Henry Jackman, and they complemented each other very well.”

Slater believes that movie fans will find Jumanji: The Next Level a more than worthy successor to its predecessor. “It’s a great movie,” he says. “The story is full of clever twists that build on the fun of the last film and push it into a new sphere. That inspired our sound team to do the same. While honoring many of the thematic sounds we created for the first film, we upped our game and pushed it into a new direction.”

ABOUT JUMANJI: THE NEXT LEVEL