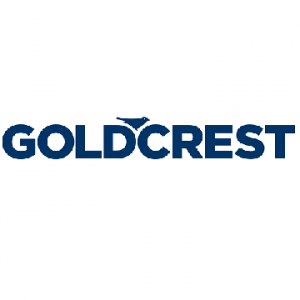 You’ve made a great film.  You’ve found a distributor. Now, you’ve been handed a list of deliverables that is a mile long and appears to be written in Sanskrit. Learn how to navigate the intricacies and pitfalls of delivery in this one-night workshop.

NEW YORK CITY—  In an intensive, one-night-only workshop, Goldcrest Post and CinePointe Advisors will teach filmmakers everything they need to know about delivering their projects for cinema, streaming and broadcast. The event will provide a complete overview of the film delivery process, encompassing evolving technical requirements, complex legal considerations and essential project management skills. Participants will learn how to save time and money, while ensuring their deliverables conform to the latest industry standards. Titled Demystifying Film Delivery: What Every Producer Should Know, this can’t miss workshop is scheduled for Wednesday, February 5th at Goldcrest Post in Manhattan.

Delivery is the crucial, final step in preparing films for distribution, and yet it is often treated as an afterthought in budgeting and workflows. “Selling a film to a distributor is only half the battle,” says Goldcrest Post Head of Production Gretchen McGowan. “Along with the contract, distributors typically hand producers lists of required deliverables that may be dozens of pages long. Producers need to understand what deliverables entail, what can be negotiated, and how they can be fulfilled without causing havoc to their budgets.”

The workshop’s first session will review the business and legal aspects of film delivery.  Stacey Smith of CinePointe Advisors will explain delivery terminology, breakdown an actual delivery schedule, discuss how to negotiate the terms of delivery, and provide guidance to avoid common pitfalls in legal and document delivery.

The workshop’s second half, led by Goldcrest Post’s McGowan and Managing Director Domenic Rom, will center on the increasingly complex technical details of delivery. It will feature an explanation of the varying delivery specs required by theaters, streaming services and broadcast services.  The session will also provide hands-on demonstrations and tips on how to deliver projects on time and on budget.

A Business and Financial Affairs Advisor at CinePointe Advisors, Stacey Smith works with producers to provide smooth, timely and cost-effective delivery, and maximize revenue throughout the distribution cycle. Her more than 20 years of experience as a producer and business executive includes a 16-year association with director Jim Jarmusch. She oversaw financing, production, delivery and distribution of several of Jarmusch’s films including Coffee and Cigarettes, The Limits of Control and Broken Flowers (winner of the Cannes Film Festival Grand Prix du Jury).

Gretchen McGowan leads narrative and documentary film production for Goldcrest Films. Recent projects include Todd Haynes’ Carol, Bill Monahan and Atlas Entertainment’s Mojave, The Tea Shop’s Slumber, Braveart Films’ Carrie Pilby and the upcoming Australian war film Danger Close: The Battle of Long Tan. Prior to joining Goldcrest, McGowan produced more than 25 films as an independent producer and for Mark Cuban’s HDNet Films, Open City Films and Blow Up Pictures. In 2014, she received two Emmy Award nominations for her work on the HBO documentary, Which Way Is the Front Line from Here? The Life and Times of Tim Hetherington.

A longtime fixture of New York’s post-production community, Domenic Rom joined Goldcrest Post in 2019. As managing director, he is responsible for overall operations, strategic vision and growth planning. He previously served as president and general manager of Deluxe TV Post Production Services, following a tenure as managing director of Deluxe, New York. He served as senior vice president at Technicolor Creative Services for three years, and was an executive at PostWorks for 11 years.

CinePointe Advisors was founded on the belief that the art of filmmaking must be supported by a sound business strategy in order to succeed in today’s competitive and ever-changing market. Our team works with financiers and producers to provide the business guidance, tools and support needed so that creative visions can become deliverable products.

CinePointe offers end-to-end services that support a project through its complete life cycle, providing a streamlined business structure while nurturing the creative process. Whether we are working with a producer, production entity, financier or entertainment fund, CinePointe offers tailored services that match each client’s needs and budget requirements. 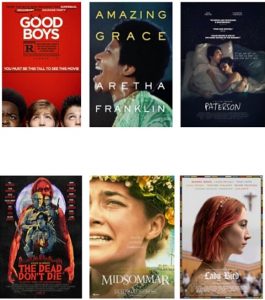