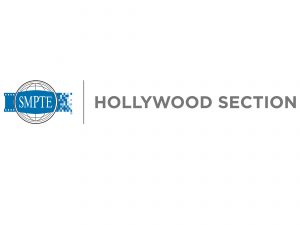 LOS ANGELES —  Please join the Hollywood Section of SMPTE®, the organization defining the future of storytelling, this Thursday, Jan. 16, at the historic Hollywood American Legion Post 43 in Hollywood to learn about the innovative technologies and workflows deployed to create stunning visuals for The Irishman, now with 10 Oscar nominations including Best Picture, Editing and Visual Effects.

Robert De Niro, Al Pacino and Joe Pesci star in Martin Scorsese’s The Irishman, an epic saga of organized crime in post-war America told through the eyes of World War II veteran Frank Sheeran, a hustler and hitman who worked alongside some of the most notorious figures of the 20th century. Spanning decades, the film chronicles one of the greatest unsolved mysteries in American history, the disappearance of legendary union boss Jimmy Hoffa, and offers a monumental journey through the hidden corridors of organized crime.

Faced with the challenge of de-aging the actors for a period spanning 30 years throughout this non-linear epic, the creative and technology team at Industrial Light & Magic developed new technology and innovative workflows in collaboration with ARRI rental and DP Rodrigo Prieto to help bring Scorsese’s vision to life.

Join SMPTE Hollywood for an evening with ILM Visual Effects Supervisor Pablo Helman and Netflix Head of Visual Effects and Virtual Production Andy Fowler as they discuss the challenges and breakthroughs of their work on this critically acclaimed film. Pablo and his team have been just been nominated for an Oscar for Best Visual Effects. 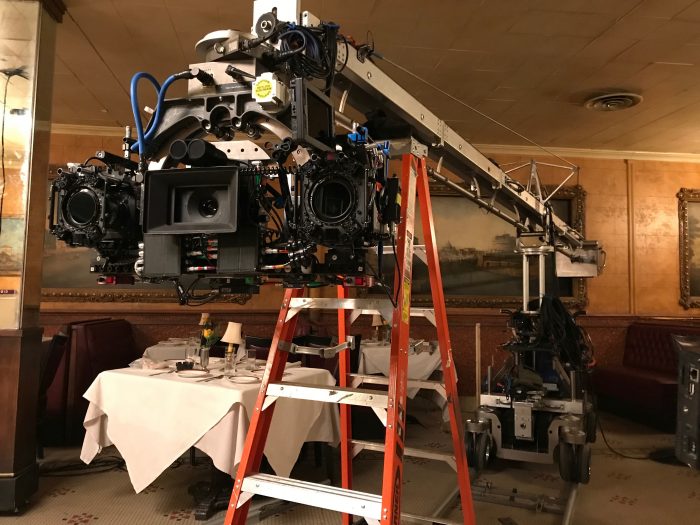 Three-headed camera used in the production of “The Irishman.”

The event will take place at the historic and newly restored Legion Theater at Post 43 in Hollywood. Join us at 5 p.m. for a drink at the cash bar, or come at 6:30 p.m. for food and networking. The discussion will begin at 7:30 p.m.

The Hollywood Section of SMPTE® was initially organized as the West Coast Section in 1928. Today, as its own SMPTE Region, it encompasses more than 1,200 SMPTE Members with a common interest in motion-imaging technology in the Greater Los Angeles area. The Hollywood Section offers free meetings monthly that are open to SMPTE Members and non-members alike. Information about meetings is posted on the Section website at www.smpte.org/hollywood.

About SMPTE®
The Society of Motion Picture and Television Engineers®, or SMPTE, is defining the future of storytelling. The Society’s mission is to enable the technical framework that allows the global professional community to make media for artistic, educational, and entertainment purposes and to distribute that content for the benefit and enjoyment of people worldwide. As a global volunteer-driven society of technologists, developers, and creatives, SMPTE is engaged in driving the quality and evolution of motion pictures, television, and professional media. The Society sets industry standards that help businesses maximize their markets more cost-effectively, provides relevant education that supports members’ career growth, and fosters an engaged and diverse membership community.