SAN FRANCISCO— For creative editorial boutique 1606 Studio, 2019 was a remarkable year. Launched in January by executive producer Jon Ettinger, and editors Doug Walker, Brian Lagerhausen and Connor McDonald, the company was busy cutting ad campaigns even before their workspace was fully set up. Now, 12 months in, they have worked with virtually every top agency in the Bay Area, including Argonaut, BBDO, Butler, Shine, Stern & Partners, Erich & Kallman and Goodby, Silverstein & Partners.  They’ve also completed a string of assignments for tech giants Google, Facebook, LinkedIn and Symantec.

Buoyed by its success, 1606 is moving quickly to capitalize on its momentum by adding staff and it aims to do so with an eye toward diversity and talent. “We want to build the company in a way that reflects our community and the industry we serve,” says Ettinger. “It’s a way to bring new perspectives to our work.” 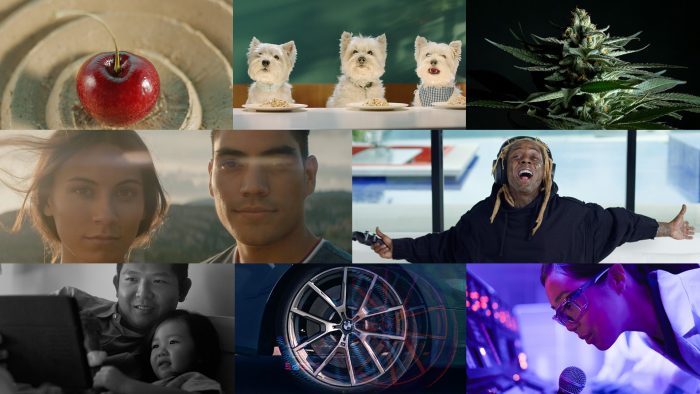 As 2019 was coming to a close, each of 1606’s partners completed projects of note. Walker finished the year with a two-and-a-half minute branding film for University of Arizona Health Sciences and San Francisco agency Novio that he also directed (via Caruso Company, San Francisco). Titled Tomorrow Is Here, the piece drew on Walker’s lyrical narrative skills with a mix of heartfelt lifestyle scenes and sweeping landscape imagery that evoked the hospital’s connection to its local community.

McDonald, meanwhile, applied his comedic touch to a campaign out of BBDO for pet food brand Cesar Simply Crafted. A spoof of TV food competition shows, the series of spots feature aspiring chefs presenting culinary treats to a panel of canine judges. McDonald’s deadpan pacing underscores the “drama” and give-and-take between the contestants and the panel of hard-to-please judges.

Lagerhausen’s busy fall included a 5-minute film for Ubisoft’s Tom Clancy’s Ghost Recon Breakpoint, part of the game developer’s biggest ever launch campaign. Conceived by Argonaut and directed by David Leitch (Deadpool 2, John Wick), it mixes game footage with shots of players in their homes, including rapper Lil’ Wayne. Lagerhausen’s taut editing plays up the comical contrast between the players and their muscle-bound avatars.

The company also completed a significant project with CHWA for Chevrolet and the National Newspaper Publishers Association, and their award-winning Discover the Unexpected program. The centerpiece is a 3 ½ minute video on a Boot Camp held in Atlanta for journalism students attending historically black colleges and universities.

“We’ve accomplished more than any of us thought possible over the past year,” says Ettinger. “We appreciate the support we’ve received from agencies and other clients, and from the advertising community in general. We’re also excited because the year ahead looks to be filled with even more great projects and opportunities to grow and expand our horizons.”