Los Angeles— Comedy director Jordan Brady has joined Accomplice Media for advertising projects in Detroit, Chicago, Kansas City, Minneapolis and other markets in the Midwest. Brady will continue to work through Superlounge, the production company he founded in 2010, for assignments originating on the West and East coasts and Texas, but he is seeking to capitalize on Accomplice Media’s deep connections to Midwestern agencies and its success in automotive advertising. Brady has directed comedy spots for many car accounts, including for Dodge, Ford, Chrysler, Toyota and Buick. 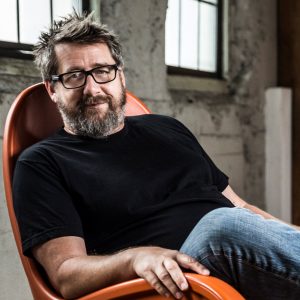 “I’ve known and admired Jordan for years. He’s truly funny and deeply connected to the comedy scene including having made several documentaries with and about comedians,” says Accomplice Media Executive Producer Jeff Snyder. “His casting, talent performances and storytelling are fresh and fun. I’m excited to get to work with Jordan again. He sees the work from the perspective of all stakeholders, from client to agency to viewers, and wants to deliver the best experience and end product for all.”

In looking for more opportunities in the Midwest, Brady considered several options but, ultimately, Accomplice Media’s relationships and track record made for an easy decision. “Jeff knows the brands and the people I want to work with,” he says. “I’m excited to see how it develops.”

Brady has been directing comedy advertising for more than 20 years. His work is smart, character-driven and grounded in reality. It’s also noteworthy for its craftsmanship, attention to detail and high production value. Having begun his career as a stand-up comic (a craft he continues to occasionally practice), he has developed a pitch-perfect sense of timing and has mastered the nuances of comic storytelling for brands.

An example of Brady’s brand of comedy is Nail, a spot for Ford’s Super Duty, that makes a tongue-in-cheek point about the toughness of the truck and its drivers. A construction worker steps on a two-by-four and a nail is driven through his shoe. Not missing a beat, he extracts the nail and tosses the board aside as another worker looks on aghast. Brady says the key to the spot is the second man, who serves a surrogate for the viewer. “I convinced the team that it was worth paying for a second actor,” he recalls. “Somehow, when you cut away from the guy who’s hurt to the one watching, it becomes funny. That’s the punch line.”

Brady enjoys working with talent, whether real people, commercial actors or celebrities. He recently directed a series of spots for Chrysler’s Pacifica featuring Bad Moms and Transparent star Katherine Hahn. Hahn, who plays a mom with an over-exuberant attachment to her car, improvised her performance under the light touch of Brady’s direction. “When working with talented actors like Katherine, my role is to create an environment where they can play,” he observes. “I want the set to be as chill and fun as possible. I applaud great takes from skilled improv actors.”

Part of Brady’s motivation in joining Accomplice is to apply his comedic chops in new realms. While he still loves directing traditional broadcast advertising, he’d like to do more long-form advertising, client-direct stories and branded content. He has directed several features and documentaries, including the 2017 doc I Am a Battle Comic about his experience entertaining American troops in Afghanistan, Kuwait and Bahrain. “If I had an opportunity to direct projects for brands that flexed those narrative muscles, I’d love it,” he says.