Making it in visual effects requires tenacity and resilience, something Zeiher attributes to her, and the studio’s, success.

Zeiher considers staying abreast of the development schedule and saying yes to opportunities as they arise is key; not an easy feat being half a world away from Hollywood. “Over the past several years RSP’s relationships have broadened and through consistent high quality delivery we’re developing new ones; it’s a virtuous cycle”. 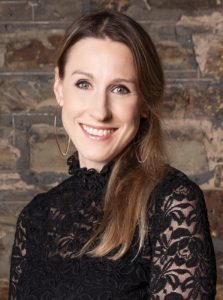 Although competition for the best projects may involve a dozen or more visual effects companies, Zeiher says RSP enters the fray from a position of confidence, “RSP has an exceptional brand; we make memorable moments that are known around the world” she observes. “The work we have done speaks for itself, such as the iconic frozen Quicksilver Pentagon Kitchen scene in X-Men: Days of Future Past, the re-entry sequence in Gravity, and the beloved character of Charlotte in Charlotte’s Web. My favourite would have to be the stunning Valkyrie Flashback from Thor: Ragnarok. RSP was pivotal early in the development, collaborating with VFX Supervisor Jake Morrison and VFX Producer Cyndi Ochs to achieve Director Taika Waititi’s vision.

Bringing work to Adelaide has never been better, “We are 25-years-young and have excellent relationships with all the major studios. We are backed by a very supportive state government in South Australia and enjoy the benefits of a favourable exchange rate. One studio representative recently told me that, in terms of cost and quality, RSP offers the best value on the planet”.

Recent history bears out that positive assessment. RSP has been riding a hot streak for several years now. In 2019 alone, the company contributed critical sequences to a dozen major film productions, including the mega-hits Ford v Ferrari, Spider-Man: Far From Home and Captain Marvel which culminated in late 2019 when the long serving brand was awarded the Creative Industries National Exporter of the Year.

While the Australian government’s generous rebates for visual effects production have been integral, Zeiher insists the company’s competitive edge lies in its deep talent pool. “The key to our success is our creative leadership,” she says. “We have several remarkable visual effects supervisors on staff, each with unique abilities and strengths. Our people are our greatest asset”.

One of few women to hold a senior management role at a prominent visual effects company, Zeiher joined RSP in 2008 in a production role. “After working for a half a decade in the US producing immersive media it was time to return home; Rising Sun Pictures was a South Australian icon and I had friends who were working there, so I reached out, and the rest is history”.

Starting in Information Technology in the late 90’s, Zeiher had the technical skills to transition into the then,  evolving new media industry, “My IT background has allowed me to adapt easily to technological changes and work in niche fields where I could balance art, technology and my production expertise. I accredit my success to not resting on my laurels and seeking out opportunities, I haven’t shied away from saying yes to things that are outside of my comfort zone”.

Working in heavily male-dominated industries, Zeiher has been privileged to have been mentored by senior male managers who have helped elevate and empower her, “I hope that, I too, can be the person who leads by example and promotes the next generation in the industry to give them the opportunity that was afforded to me”.

Still, her job is not without challenges. The visual effects industry is dynamic. New sources of competition are constantly popping up. Technologies change, business models evolve. Zeiher notes that the business has been resilient and managed to ride the wave while making real progress in a competitive landscape. What’s more they’re seeing Adelaide become a global visual effects hub which is incredible news for Australia. Recently, the rise of streaming services has caused a spike in series production worldwide. That, in turn, is creating opportunities for companies like RSP that are nimble enough to take advantage but large enough to deliver high volumes of work.

“Today’s shows aren’t like traditional television series; they’re more like movies in terms of quality and workflow. We’re navigating into that space, because it’s a natural fit for our pipeline. We also believe it represents the future where there may be fewer films being produced but more binge-worthy series”.

Zeiher transitioned into a more flexible bidding role when her first child was born in 2009. Although the move began as a lifestyle choice, she found fulfillment in her new role. “For me, the biggest thrill is to win projects that our artists really want to work on and that our wider community are excited to hear we’re working on out of Adelaide”.

One of Zeiher’s personal objectives is to encourage more young women to make the transition into VFX. While progress is being made, women are still a minority in the industry, especially in supervisory and artistic roles. “Our Education division is working to help change that,” she says. “One of our main objectives is to promote VFX as a career in high schools to all genders, especially females.”

Zeiher, who grew up in Adelaide, says she feels fortunate to have landed in a professional role that continuously requires her to rethink, reengage and reinvent, while also respecting her personal priorities. Even while pursuing new projects for RSP and tending to two school-age children, Zeiher managed to find time to resume her formal education. In 2017, she was awarded a scholarship toward a Masters Degree in Business Administration (MBA) at the University of South Australia and this past October, she graduated; completing the rigorous, 4-year program in a little over half that time.

“I didn’t come to my role through traditional channels and wanted formal training to augment what I brought to it through life experience,” she explains. “It’s elevated my skills and I hope that it will deliver value to the business, to our clients and our crew.”

For over two decades Rising Sun Pictures (RSP) has been responsible for crafting some of the world’s most memorable visual effects moments. The Adelaide studio is home to more than 150 exceptionally talented artists who work collaboratively to deliver incredible imagery. Focused on producing only the highest quality and innovative solutions, RSP designed an extremely flexible, custom pipeline, which allows the company to scale up quickly and adjust its workflow to meet audience’s demand for evermore spectacular visuals.

The studio enjoys the advantage of being located in Adelaide, one of the world’s most liveable cities. That, combined with its sterling reputation, and access to one of the largest and reliable rebates, has made it a magnet for film-makers worldwide. This has propelled RSP to continued success and enabled them to contribute to a range of projects including Ford V Ferrari, Spider-Man: Far From Home, X-Men: Dark Phoenix, Captain Marvel, Dumbo, The Predator, Tomb Raider, Peter Rabbit, Thor: Ragnarok, Logan, Pan, the X-Men franchise and Game of Thrones.