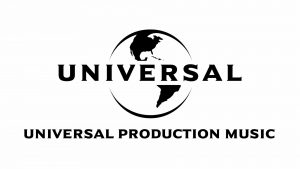 With all tracks composed, mixed and mastered by women, album aims to help increase the number of females working in production music. Project created in collaboration with shesaid.so & supported by She Is The Music

100% HER is a collaborative effort between Universal Production Music and shesaid.so, an international and diverse network of women within the music industry. The initiative was also supported by She Is The Music – a global non-profit working to increase the number of women in music.

The project aims to increase the number of women working in production music and drive visibility to help close the gender gap in this space. The album’s release is timed in celebration of International Women’s Day. 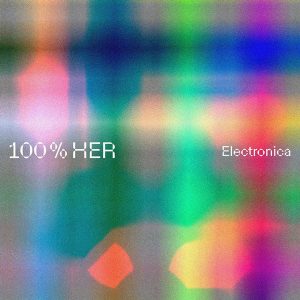 Andreea Magdalina, founder of shesaid.so, said: “It has been an honour working with Universal Production Music on a project that not only brings real value to women who make music, but a real business opportunity as well. Studies show the percentage of women working in the music studio is extremely low, so we wanted to come up with an idea that brings visibility to women already doing work in this space whilst creating more awareness about production music as a viable career path for those who are new to it. I hope that the 10 creators whose tracks we selected will see great benefits from it over time.”

To create the album, the campaign sought out production music tracks created solely by women. The campaign also aimed to build more awareness around production music within all-women music networks. Universal Production Music conducted a broad search for female-identifying composers and artists to be featured in upcoming compilations of original tracks.

100% HER features ten tracks spanning electronica, future R&B, future bass and more. The songs were picked out of 470 submissions received from across the globe including from France, Turkey, Australia, Sweden, U.S., UK and Europe, among other places.

Dina Liberg, Senior Key Account Manager at Universal Production Music, said: “It’s no secret there’s a lack of female composers within the industry and, while this is just the beginning, we want to help affect change. Our hope is that this project has encouraged more female composers and artists to consider working in production music and that the music industry will take action to further support this important change for good.”

Caroline Elleray, Senior VP A&R of Universal Music Publishing Group and Executive Committee member of She Is The Music, said: “She Is The Music is proud to support Universal Production Music and she said.so in their endeavour to increase the number of women working in music. There’s still a lot of work to be done, but we’re determined to keep the momentum going towards meaningful change.”

‘100% Her’ will be released on the Universal Production Music Atmosphere label and will be available for licensing at the below:

The album will also be available on Spotify: https://spoti.fi/2IlwQbd

100% Her will also be pressed to limited-edition 12” vinyl for press only.

Shesaid.so is a global community of women in the music industry. Established in London at the end of 2014, shesaid.so has grown to encompass close to 10,000 members around the world across 15 chapters such as London, Los Angeles, France, Spain, South Africa, Mumbai and more. Their international community is diverse, comprising of female business owners or women holding medium to senior roles across all sectors of the industry – from tech to record labels, PR to management etc. as well as music artists and other creatives.
Their work is solutions-focused and lobbies for a more diverse, inclusive and equal music industry. They organize and curate discussions that raise awareness about diversity-related issues as well as other areas such as mental health, social mobility, education, and the future of the music business. Their projects include research, social media campaigns, mentoring programs and partnerships with the music, tech and creative industries. Most recently, they launched our annual female-first, music-forward event MEETSSS which aims to explore and inspire the music business through a female lens.