NASHVILLE— Atlanta-based rap and hip hop artist KC Carter takes listeners on a deeply personal musical journey exploring sacrifice and success in The Come Up, a dynamic collection of 12 new songs, now available for download on all platforms via Howling Music Group, Nashville. Howling Music is also the exclusive source for licensing and sync in advertising, entertainment, sports, broadcast and digital. 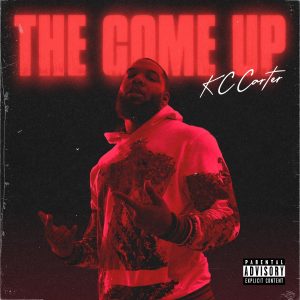 Carter’s music is an innovative blend of modern and ‘90s hip hop with influences derived from jazz, R&B and gospel. The Come Up draws on his experiences growing up on Chicago’s Southside and the struggles he faced in developing his skills as an artist. He transforms that into an inspiring, universal expression of dedication, creativity and love. It’s upbeat, gritty, bold and in your face.

“The Come Up is another way of saying ‘the journey,’” Carter explains. “It’s about hard work and keeping your eye on the prize, without forgetting the beauty of the journey. I’m still striving toward my final destination, but until I reach that point, I’m going to enjoy The Come Up.”

Carter’s music has been featured on more than a dozen television shows including recent episodes of NBC’s The Ellen DeGeneres Show, E! Online’s Very Cavallari and MTV’s The Challenge. It has also been used in advertising and broadcast promotions for the NBA, ESPN’s SportsCenter, WWE, Men’s Health magazine and others. He initially connected with Howling Music as a composer and has produced numerous hip hop tracks for its library.

The Come Up is ideally suited for use in advertising, cinema, television, games and other media. Most songs are available with vocals (explicit and censored) and as instrumentals. Carter is already at work on another album under the Howling Music Group label. Feelgood Hip Hop is designed to serve as a counterpoint to The Come Up, with more buoyant, chill style of hip hop.