VANCOUVER, BC—Inspired Image, Canada’s premiere provider of equipment rentals and production services for the film, television and broadcast industry, has appointed James Martin as Chief Strategy Officer. A 20-year industry executive, Martin will focus primarily on business expansion and diversification. He will lead a new effort to develop strategic partnerships, add products and services, and grow the company’s presence across Canada. Previously, Martin was Chief Strategy Officer at Sim International.

Film and television production is rebounding quickly, particularly in British Columbia while American producers face even more local restrictions as the pandemic in the U.S. continues to reach unprecedented numbers. Inspired Image is preparing for a significant spike in demand for cameras, and other specialized production equipment. “Canada is looking very good right now with several shows already returning to production,” said Inspired Image president and CEO Roger Williams. “We believe there is a unique opportunity to grow the company and Jim’s role is to accomplish that through strategic partnerships, expansion and acquisition.” He adds that Inspired Image is in a strong position in Canada to help producers realize their production visions along with Canada’s safe working environment. 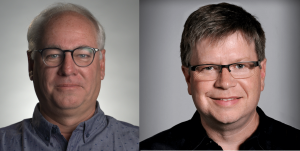 Martin brings significant experience in business development and tactical planning in Canada and the United States. At Sim, he played a critical role in the company’s expansion from Canada to the U.S. and its acquisition of grip and lighting supplier PS Production Services and sound specialist Tattersall Sound & Picture, as well as post production facilities Chainsaw, Hollywood, and Post Factory, New York. His experience touches all aspects of production, post-production, M&A and long-term strategic planning.

Martin believes that Inspired Image is in a position of strength to capitalize on a reinvigorated Canadian production industry. “I’ve known Roger Williams for 30 years and admire the way he runs his company—with honesty, hard work and passion,” Martin said. “I plan to bring everything I’ve learned over the past two decades towards helping Roger diversify his company’s services and geographic reach while respecting the company’s outstanding culture.”

With offices in Vancouver and Toronto, Inspired Image provides cameras and other production gear to film and television producers, broadcast news teams and others across Canada. Its clients include leading studios, major production companies, networks, streaming services, government agencies and non-profit organizations, both nationally and internationally. In addition to equipment rentals, the company provides production services teams and an array of in-house post-production services.

Inspired Image has already been adapting to the new realities of post-COVID-19 film and television productions. The company is implementing and maintaining rigorous health and safety guidelines while working closely with production COVID-19 compliance officers.

“We’re working with producers, union representatives and others to ensure productions can operate safely and efficiently,” Williams says. “We don’t just rent cameras; we are an integral part of the production process and take our responsibility to the industry very seriously.”

A mid-sized privately held Canadian company, Inspired Image prides itself on adjusting quickly to evolving markets. Founded by award-winning producer and director Roger Williams, Inspired Image has been a leading provider of gear and services to film and television producers for more than three decades. Its vast cinema and broadcast equipment inventory in Vancouver and Toronto supports every aspect of production with the latest gear and technology. Its in-house post-production suites provide data management and back-up services, as well as full 4K post-production and mastering.