Built by sound studio specialist Kaiser Comm Construction Inc., Periscope, Hollywood’s audio department includes three mix stages, an ADR stage, two sound design suites and four sound editorial suites. Stage A, the largest of the three stages, has been certified by Dolby Laboratories for theatrical Atmos mixes and is intended for studio and independent features. The identically-configured Stages B and C are certified for home entertainment Atmos mixing and are geared toward the streaming and broadcast market. 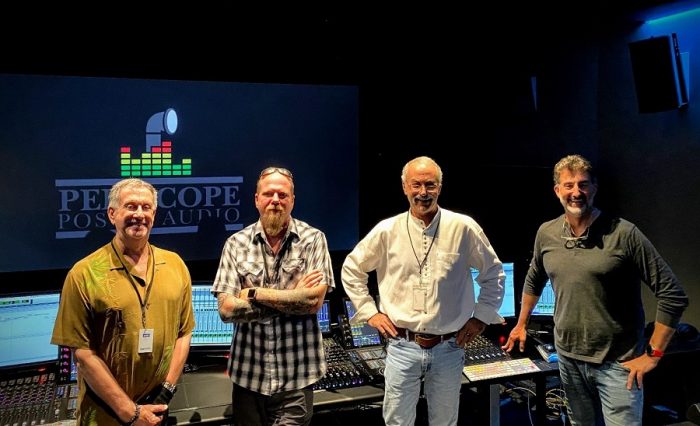 “Build outs appear simple, but often become more complex and need creative solutions,” says Kaiser Comm Construction, Inc. Owner and Design Director Kevin Kaiser. “On this project we developed a great relationship with the Periscope team, so when obstacles turned up and unexpected needs arose, we found the solutions naturally.”

Periscope Post & Audio co-owner Michael Nehs says the three mix stages give the facility a distinctive calling card. “A lot of clients are demanding Atmos delivery either for streaming or archival purposes and there simply aren’t enough large mix stages in Hollywood to meet the need,” he says. “Our stages are built to Dolby’s specifications and deliver the highest quality product.” Nehs adds that the mix stages combine with Periscope’s 4K color suites and other picture resources to make it one of few facilities in Southern California that can provide complete HDR/Dolby Atmos finishing under one roof.

The building that houses Periscope was previously occupied by another full service post house. It featured one large mix stage and edit rooms, but, in terms of hardware and acoustics, they were significantly out of date. They were also in need of an aesthetic makeover. Kaiser Comm Construction Inc. took all the rooms back to their studs, redesigned their acoustics to be friendly to immersive sound and outfitted them with immersive sound gear. 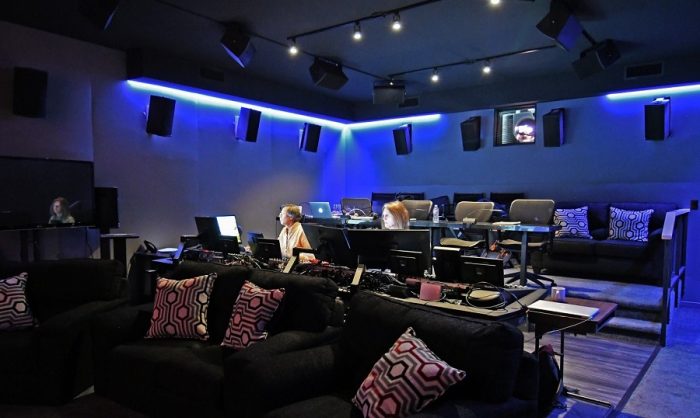 Kaiser Comm Construction surmounted numerous design and technical hurdles in getting the three stages up and running in conformity with Dolby standards. The former storage space that became Stage B had to be enlarged and have support beams added to raise the ceiling, among other structural modifications. All three stages had to be acoustically isolated from the rest of the facility. For Stage A, that meant adding concrete enclosures for the two rear subwoofers.

“Stage B presented a lot of issues,” recalls Kaiser. “We had to remove a garage door and build a concrete wall. Almost every day, the crew encountered something new. But, we are very pleased with the results. The finished room is a bit wider than Stage A and, from an acoustical point of view, it’s a champ.”

The crew surmounted similar obstacles with the ADR stage, which was also built from repurposed space. “Bringing an antiquated facility up to today’s standards involves unique challenges,” reflects Nehs. “We leaned on the experience of Kevin’s crew and their ability to think outside the box. They helped us to not only get these rooms to function the way we needed them to, but also to create an ideal working environment for our clients.”

For Nehs, the aesthetics were as important as the technical details. It was important that the sound rooms conform to Periscope, Hollywood’s overall vibe, which is light, spacious, relaxed and comfortable. “Kevin’s fabric contractors stepped up to the plate and gave us consistency across the facility,” Nehs says. “Our color palette is monochromatic, but it allows us to have fun with artwork and other things that liven up the space. Kevin was specific about how the rooms should feel when you walk in. All three stages are open and light. They make you feel immediately comfortable. But once you turn the lights down, all the focus is on the gear.”

Nehs’s assessment of Hollywood’s lack of quality mix stages proved correct as Periscope quickly found itself busy with series work for Netflix, CBS, Hulu and others. “The day after we finished construction in Stage A, Dolby came in and tuned the room and the next day our engineers were at the console mixing,” says Periscope, Hollywood, General Manager Ben Benedetti. “The same thing happened with Stage C.”

Clients visiting Periscope for the first time are impressed with its scope of services and the thoughtful way the facility is laid out, says Executive Sales Manager Rich Ellis. “The response has been excellent across the board,” he notes. “People who worked at the former facility are blown away by how we’ve evolved the space, technically and aesthetically.” 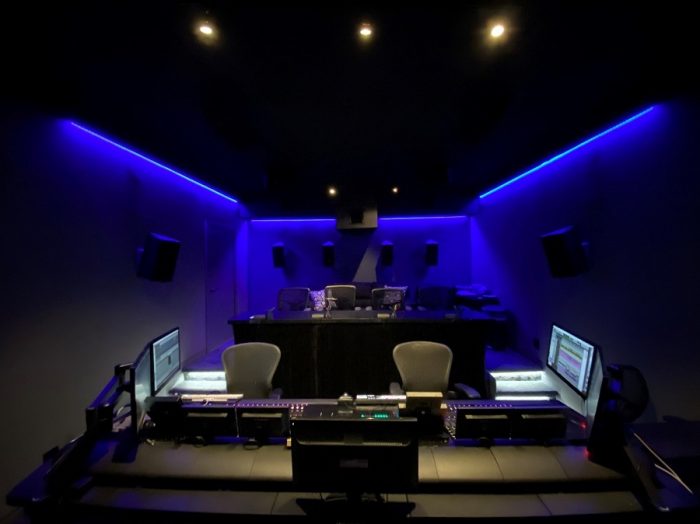 “The philosophy behind this facility is one we carried over from our Chicago studio,” concludes Nehs. “It needs to have technology to produce content for the global market, but it also needs to be comfortable and inviting. Our talent and our clients spend a lot of time here. We want it to be a space they never want to leave.”

Kaiser Comm Construction Inc. is a leading contractor in the recording and post production facilities. Kevin Kaiser serves as design director on his projects. Recognized for his attention to detail and sound quality. His clients include Academy award winners, Dolby Atmos Post Facilities, Music Producers, and Commercial Film Directors. The company is included among the top recording studio contractors in Los Angeles and its surrounding area.