Entries are being accepted now for the first-ever competition devoted purely to color in film, television, advertising and other media.

LONDON— The Colorist Society International (CSI) is joining the Independent Colourist Guild (ICG) as partner and co-organizer of the newly-launched Colorist Awards. The first-ever international competition focused exclusively on the craft of color, the event recognizes outstanding work by colorists across feature films, television, documentaries, commercials, music videos and shorts. Entries are being accepted now through December 31st for work first appearing in 2020. Winners will be announced in March. 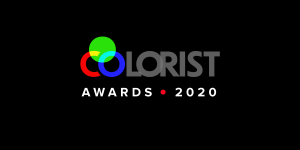 The Independent Colourist Guild, whose membership includes more than 400 professional colorists worldwide, launched the Colorist Awards to draw attention to an essential, but underappreciated craft. “We want to highlight the great work being done by colorists around the globe and raise awareness for color’s artistic role in movies, television, advertising and other media,” said ICG founder Alexander Prohorushkin. “We feel that an awards competition for colorists is long overdue.”

CSI, the first professional society of colorists, also sees the competition as a tool for gaining wider recognition for color. “It’s a way to celebrate our profession and build its legacy,” says CSI president Kevin Shaw. “Our hope is that the Colorist Awards will become a showcase for work of the world’s best colorists and set the standard for excellence.”

Entries will be evaluated by an international jury composed of colorists, directors, cinematographers and producers. Work will be evaluated for artistic excellence, technical achievement, stylistic effect and reproductive accuracy. Participation is open to all colorists, regardless of professional affiliation. Event partners include SGO, Portrait Displays, 3DL, Panasonic, ICG Calibration and ASUS, among others.

Formed in 2017, ICG provides a forum for its members to promote their work, develop their skills and share experiences and ideas with colleagues. It hosts member reels on its website (www.icguild.org) and serves as a clearinghouse to connect colorists with employers. It operates an ongoing educational program, including master classes on new technologies, techniques and workflows and other educational events. It also teams with leading hardware and software manufacturers to ensure its members are kept up to date on the latest technology.

For more information and to enter the Colorist Awards, visit: http://coloristawards.com/