In “Recover + Rise” campaign from Erich & Kallman Boutique, essential workers talk about resilience in the face of the pandemic. 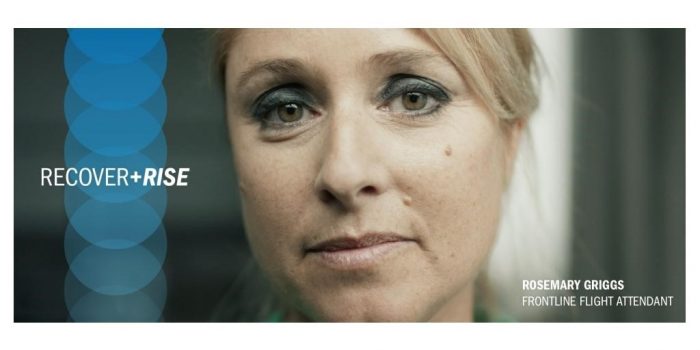 Rosemary, the flight attendant, describes the good that has come from the current challenges, despite having lost her father, a former FBI employee and 10-year cancer survivor, to the virus. “Everything that’s happening to you, for good or bad, is changing you,” she says. “I think it’s important to focus on changing for the better.” The campaign theme is “Recover + Rise.”

Walker and the agency’s creative team interviewed scores of frontline workers all sharing their heroic accounts. “Each one had a great story to tell about loss and gain,” says Walker. “For me it was about connecting with each one, listening, letting it happen and not forcing things.”

Walker shot the five pieces while observing COVID-19 health and safety guidelines. That meant working with a minimal crew, conducting health screenings and adhering to social distancing standards. Erich & Kallman’s team observed the shoots via video conferencing. Some normal pre-production work was avoided. “Usually we’d scout locations, but in this case, we shot the subjects in their natural environments,” Walker explains. “The results were more authentic and beautiful. We shot them in places where they felt comfortable.”

James, the transit worker, is a former Marine who talks about the changes the pandemic has made in his routine as a bus driver. “We started with him getting up in the morning, moving through his kitchen and making coffee,” recalls Walker. “He shaves. He feeds his dogs. He places a pin on his uniform, allowing the camera to find the details in his life that are obviously very important to him.”