An innovative training program, operated jointly by the visual effects studio and the University, is helping aspiring visual effects artists make good on their dreams.

Adelaide, South Australia— A favorable climate, expanding support services and generous government incentives are bringing more international film and television productions to South Australia, and with them come lots of well-paid, technically demanding and creatively rewarding jobs. Rising Sun Pictures (RSP) and the University of South Australia (UniSA) are working together to ensure more of those jobs to go to home-grown talent. 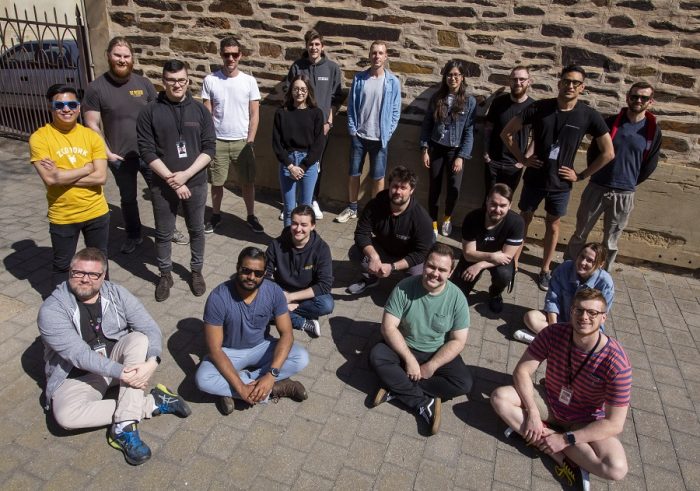 The award-winning visual effects studio (whose credits include last year’s Academy Award Best Picture nominee Ford v Ferrari and the current Netflix hit The Boys) and the renowned teaching and research University jointly operate a unique and remarkably successful visual effects training program. Dozens of aspiring artists who’ve have come through the program have found career-track employment at visual effects studios in Australia and abroad, including 23 currently on staff at RSP. Launched five years ago, the program has grown and diversified steadily, providing students with hands-on training in computer animation, compositing, digital lighting and other in-demand skills.

“South Australia has a very well established screen industry, but what it has historically lacked, is a local workforce qualified to meet the needs of that industry,” says Joanne Cys, Executive Dean of UniSA Creative, which provides instruction and carries out research across a spectrum of creative disciplines. “In the past, companies, like Rising Sun Pictures, that work on movies and television shows, have largely depended on an imported workforce. To have access to local talent, who are properly trained and have relevant experience, would obviously be a huge benefit.”

The training program is designed to help build a pool of local talent by providing students with skills needed to move directly from the classroom to employment in industry. Third-year students studying visual effects through UniSA’s Bachelor of Film and Television program complete part of their coursework via classes taught at RSP’s studio in Adelaide.  Spanning compositing, lighting, FX and other subjects, the classes are structured to mirror a professional production environment and are taught by veteran artists from RSP’s staff.

“Students operate in pipeline identical to the one we use to produce visual effects for Hollywood, so it’s very realistic,” notes RSP Managing Director Tony Clark. “They have access to real-world production data, function as a team and are coached and mentored by working artists. The result is that, upon graduation, they are ready to work.”

In addition to undergraduate instruction via the Bachelor of Film and Television, the program includes Graduate Certificate training, delivering higher-level skills to post-graduate students. It also offers a variety of short courses for working artists and others interested in learning new skills.

Visual effects is a relatively young industry but it’s maturing quickly. A few decades ago, when the craft was in its infancy, many artists were self-taught or learned on the job. Today, that’s much less true. Visual effects used in movies and television are far more sophisticated than they once were and so is the software employed to create them. Entry-level artists require a deep pool of knowledge and often need specialised training in a particular aspect of visual effects production. Given the high volume of work studios are expected to deliver, and the tight deadlines, few can afford the luxury of tutoring unskilled staff. That is why the unique combination of rigorous classroom instruction and hands-on training offered by UniSA and RSP is so distinctive.

UniSA students are systematically taught a range of skills and knowledge during their first two years on campus. They then learn how to put that knowledge into practice at RSP. Their training is well-rounded and thorough. “We’re contributing to the professionalisation of an important sector of the industry,” explains Cys. “It’s a process that commonly occurs in emerging creative industries. It’s part of the University’s mission to increase expertise and raise standards in developing businesses that are significant to the local economy.”

RSP originally began the training program to meet its own need for junior-level artists. But it has become more than that. Graduates of the programs are currently on-staff at major visual effects studios in Adelaide, Sydney and Melbourne. Others have found employment in the United States, New Zealand and Asia.  “That’s something we’re very proud of,” says Clark. “Our program has a great reputation. If you’ve gone through our course and scored well, it means you have very good potential as an artist. Other studios are quick to snap up our graduates.”

From the point of view of students, the program serves as a bridge, easing two of the biggest challenges to getting started in a career: landing that first job and adjusting to the working world. It also gives them the confidence they need to succeed.

Samantha Maiolo completed the training program and earned her undergraduate degree last year. She was then hired immediately as a junior roto and paint artist at RSP. Just days after receiving her degree, she was helping to apply the finishing touches to visual effects for an upcoming Disney movie. “I learned so many invaluable skills in a very little time,” she recalls of her time in the program. “It’s very hard to find that kind of practical experience. You can’t get it from watching YouTube videos. I was taught in-person by instructors who are artists themselves. They were able to walk me through techniques and ensure that I fully understood them.”

In the past, young people in South Australia who wanted to work in the movie business had to leave home. Now, that’s no longer the case. Adelaide-native Justin Greenwood hadn’t considered a career in visual effects until he was obliged to take a course in the subject as part of his Media Arts studies at UniSA. Finding the subject matter appealing, he applied to the program at RSP. Four years later as an effects artist at RSP, he has earned credits on nearly a dozen films including Alita: Battle Angel, Tomb Raider and Captain Marvel. “I always thought if you wanted a career in this industry, you had to upend your life,” he says. “To be able to work in the same city where I grew up and went to school is both a great opportunity and a personal blessing.”

The success of the program has prompted RSP and UniSA to look for ways to expand and build on it. Clark hopes to add coursework for aspiring visual effects producers as workers with those skills are sorely needed and hard to find. For its part, UniSA recently formed the Film Concept Lab (FCL), a workshop program for students interested in working in film and television production. Students from FCL and RSP are currently working with the independent production company We Made a Thing Studios to produce a short film that will premiere at this year’s Adelaide Film Festival.

Cys explains that FCL is designed to mirror the success of the visual effects training program by providing students with practical experience that can smooth their path to employment. “Film Concept Lab is a big step for us and a true innovation,” she observes. “We hope it will become an annual component of our program, add richness to our students’ education and, ultimately, help them in their careers.”

For RSP, the visual effects training program has become an integral part of its operation, one that is, in its own way, as significant as the work it does for Hollywood blockbusters. In Clark’s view, the impact of the training program may be more long-lasting. “We’re providing young people with the skills they need to work productively in this space for decades,” he says. “We feel an obligation to add to the labour pool, not only to serve our needs but also to contribute to the health of the industry and our community. We feel it’s our responsibility.”