LONDON— The program for the annual Colorist Mixer, slated for December 12, 2020 as a 24-hour online event, will include talks and presentations from some of the world’s top colorists, technology companies and post-production leaders. Organized by the Colorist Society International (CSI) and the International Colorist Academy (iColorist), the unique event will also include a Party Zone featuring prizes, games and break-out rooms. 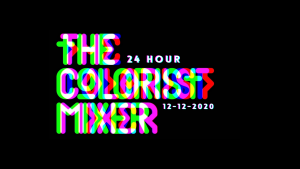 Opening remarks will take the form of an informal chat between CSI president Kevin Shaw and colorists Warren Eagles and Diego Yhama about 2020, a year unlike any other, and what lies ahead for a global post-production industry that’s undergoing radical change.

How to Start a Boutique Post House hosted by Juan Ignacio Cabrera, founder and lead colorist of LightBender, Santa Monica.

Women in Film, a panel discussion with colorists CJ Dobson, Junbin Chen and Andrea Chlebak on their experience as women in post-production. Moderated by CSI board member Sarah Priestnall.

Colorist Mixer is a Colorist Society International (CSI) event. CSI is primarily funding this event, with support from sponsors. CSI is a not-for-profit organization set up for the benefit of the colorist community.

About the Colorist Mixer

The Colorist Mixers are hosted by the Colorist Society International and produced by the International Colorist Academy. Colorist Mixers events let you catch up with friends, meet your ‘virtual’ friends from around the world in person, and make new friends. Where else will you find colorists from around the planet all in one room! The Colorist Mixer is held twice a year at NAB and IBC and is open to anyone interested in the world of color grading, digital intermediate, VFX, and editing for feature films, commercials, music videos, and television programs.