68th MPSE Golden Reel Awards to be held as a global, virtual event on April 16th

Studio City, California – The Motion Picture Sound Editors (MPSE) today announces that it will honor Supervising Sound Editor Dennis Drummond with its 2021 MPSE Career Achievement Award. Drummond’s long list of credits includes The Intern, The Help, It’s Complicated and The Pursuit of Happyness. He has developed close relationships with several top directors including Nancy Meyers, James L. Brooks and Penny Marshall. He will receive the Career Achievement Award at the 68th Annual MPSE Golden Reel Awards, which will be held as an international virtual ceremony on April 16th. 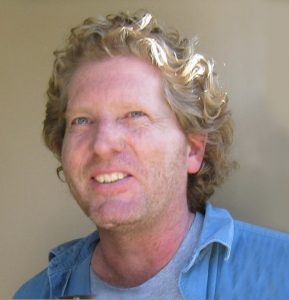 “Dennis Drummond is a gifted and innovative sound editor, who has earned the universal respect of his peers,” said MPSE president Mark Lanza. “His inspired touch is evident across of host of great movies. He has also been a mentor and role model to countless aspiring sound artists. We are proud to recognize his contributions to our profession with our Career Achievement Award.”

Drummond began his career as a teenager in Toronto, encouraged by his brother Patrick, who is also a supervising sound editor. They worked on many projects together, eventually relocating to Hollywood. Dennis rose quickly in his profession, ascending to supervising sound editor in less than ten years. Among his first credits as a supervisor was Dick Tracy, for which he earned a BAFTA Award nomination in 1991. Other notable projects include A League of Their Own, The Preacher’s Wife, Wonder Boys, The Parent Trap and As Good as It Gets. He was nominated for a 2012 Golden Reel Award for The Help. He won a Genie Award (Canada) in 1980 for his work on The Changeling.

The MPSE Career Achievement Award recognizes sound artists who have distinguished themselves by meritorious works as both an individual and fellow contributor to the art of sound for feature film, television and gaming and for setting an example of excellence for others to follow. Drummond joins a distinguished list of sound innovators, including 2020 Career Achievement recipient Cece Hall, Stephen H. Flick, John Paul Fasal, Harry Cohen, Richard King, Skip Lievsay, Randy Thom, Larry Singer, Walter Murch, George Watters II.