SANTA MONICA – ELIAS Music, a Universal Publishing Production Music company, has announced a partnership with The License Lab to exclusively represent its music catalog in the United States.

Founded in 2011 by composer and music producer Daniel Holter, The License Lab has built a sterling reputation for its handcrafted, innovative approach toward music creation, producing tracks that are used widely in television, documentaries, sports, advertising and corporate media. The company boasts ten original labels that have released more than 420 albums comprising 6,500 unique titles. 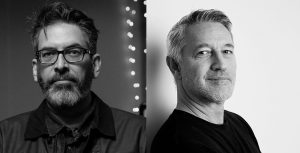 Under the new agreement, ELIAS Music will promote and license the License Lab’s catalog for entertainment, advertising, broadcast and corporate media. The catalog will also be represented in select international markets through Universal Production Music.

“We’re excited to have the opportunity to work with Daniel and represent this amazing catalog,” said ELIAS Music Executive Vice President Mitch Rabin. “It’s a great complement to our existing offering and we’re looking forward to showcasing the catalog to a whole new range of clients.”

Holter said: “This relationship lets us focus on what we do best, which is the music. In ELIAS Music, we have a partner who understands marketing and can take what we’ve built, throw octane on it and make it really go next level. Our artists and our music deserve a larger audience, and this is a chance to accomplish that.”

The License Lab has a special niche in the production music world, focusing on quality and innovation. The company has its own recording studio in Milwaukee and records much of its music there using live musicians. They also maintain ongoing relationships with other independent artists, composers, musicians and recording studios around the world.

On the creative side, The License Lab rigorously avoids established formulas in its music. The company’s label concepts have been designed to deliver unique and practical solutions for users of licensed music, with themes that go beyond the tradition of simply categorizing albums by musical genre.

Rabin added: “We have often been presented with catalogs for distribution but previously hadn’t found anything like this. The passion of the creative team is evident in the consistently great music they put out.”

Founded by Grammy-nominated artist, composer and producer Jonathan Elias, ELIAS Music is a full-service music and audio agency. For over 40 years, ELIAS Music has brought unmatched virtuosity, strategic thinking and award-winning style to the business of music and sound. Through groundbreaking original composition and sound design, high impact audio branding and an extensive catalog of pre-composed tracks, they consistently deliver music, sound, and strategy that defies expectations and defines tomorrow’s trends. They work in partnership with the world’s most recognizable brands, creative agencies and leading entertainment companies to harness the power of music and sound to enthrall, delight, astonish and inspire.

About The License Lab

Founded in 2011 by industry veteran Daniel Holter, The License Lab is an independent and trusted resource for select production music and exclusive artist licensing. Purpose built for independent filmmakers, passionate storytellers, advertising professionals, and visual creatives looking for the sound of their next story, music from The License Lab’s catalogs can be heard around the world supporting the stories of brands such as Sony, Netflix, Airbnb, Nike, Google, Maker’s Mark, Audi, and BMW. For more information, visit licenselab.com or follow @thelicenselab on Facebook, Twitter, and Instagram.