Studio adjusts its roster of engineers in anticipation of a post Covid world. 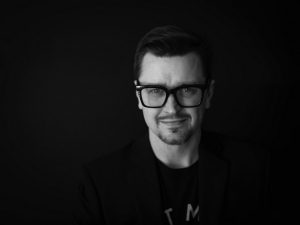 Hopper becomes the second addition to One Union’s senior staff since the beginning of the year, after it hired Senior Engineer Eduardo Mendoza in January. John McGleenan, the company’s president, says the studio is adding experienced talent to meet a surge in advertising, digital and entertainment production as the pandemic wanes. “We expect production to ramp up quickly over the next three to six months,” he says. “We’re upping our game, adding horsepower, mix capabilities and talent.”

One Union has five senior engineers on staff. In addition to Hopper and Mendoza, they include Joaby Deal, Andy Greenberg and Matt Wood. Along with recent technical upgrades, the studio has assembled a dynamic front-of-house staff to deliver the best post-Covid services as clients return for in-person sessions. “We have the perfect team,” McGleenan observes. “Each of our engineers has senior level experience and impeccable credentials. Joel has been in the trenches in his advertising career and through his background as a studio owner. He has a great attitude and a hunger for the game. We are excited to welcome him to One Union.”

Regarding his move to One Union, Hopper says it’s a chance to focus on his love for post-production sound. “One Union is the top sound facility in the Bay Area,” he says. “John has built a superb facility. The studio has a great reputation and attracts the best work. It’s a wonderful opportunity for me.”