“We are thrilled to have Kelly and David as hosts for this year’s Golden Reel Awards,” says MPSE President Mark Lanza. “As voice actors, they have unique insight into the world of entertainment sound. They will lend humor and excitement to a special night as we celebrate our craft.” 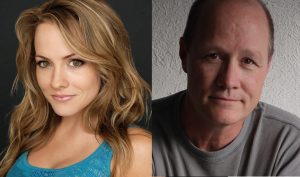 Stables’ voice work includes the children’s series Doc McStuffins, Sofia the First, and Adventures in Odyssey. She has appeared on-camera in Superstore, Two and a Half Men, Romantically Challenged, and The Exes. Cowgill has leant his voice to hundreds of films and television shows including Frozen II, The Angry Birds Movie 2, A Very Sordid Wedding, Hotel Transylvania 2, and Minions.

“This year’s Golden Reels Awards will be especially memorable,” says Stables. “Throughout the challenges of the past year, sound artists have continued to put their hearts and souls into projects across all forms of entertainment media. It’s wonderful to take part in honoring their commitment.”

Cowgill promises that the virtual ceremony will be full of laughs and surprises. “The virtual format allows us to bring people together from across the globe,” he notes. “It’s going to be a great time. I can’t wait.”

Individual awards will be presented by accomplished sound professionals appearing from Australia, China, Mexico, India, Russia, and Southern California. They will include: